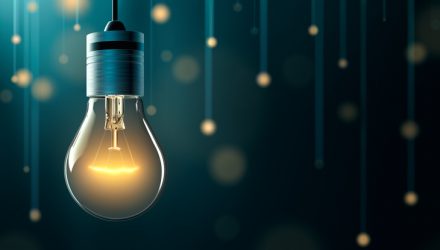 Energy ETFs Can Regain Their Grooves

The Energy Select Sector SPDR (NYSEArca: XLE), the largest equity-based energy ETF, is up less than three percent this year, underscoring the point that energy is one of the worst-performing groups in the S&P 500.

Moreover, the sector’s weight in the S&P 500 is dwindling, down to just 4.23% as of the end of November and earlier this year, Exxon Mobil (NYSE: XOM), XLE’s largest component, fell out of the top 10 S&P 500 members for the first time ever. Still, some market observers believe the downtrodden sector is poised to bounce back.

“In the U.S., energy stocks are having another disappointing year, capping what has been a lost decade. Energy stocks in the S&P 500 index have returned just 5% this year (including dividends), against a 28% return for the S&P 500, despite a 19% gain in crude to $56 a barrel,” reports Andrew Bary for Barron’s. “The performance is also weak over the past 10 years. The sector is bringing up the rear in the S&P 500 with a 6% annualized return, against 17.8% for the index and 22.7% for the market-leading technology sector, according to S&P. Energy is down to a record-low 4% weighting in the S&P 500 and is worth less than the market value of Apple (AAPL).”

Value In The Wreckage

One reason some investors may be revisiting XLE is that the energy sector is being viewed as a value destination and there has recently been a rotation to value away from growth.

“Energy could surprise and emerge as one of the top sectors in the next 10 years. Stoeckle favors Chevron (CVX), ConocoPhillips (COP), BP (BP), and Total (TOT). The European stocks are particularly cheap, in part because of the divestment effort. BP stock, at $37, and Royal Dutch Shell, at $58, both trade for just 13 times projected 2019 earnings and yield 6.5%,” according to Barron’s.