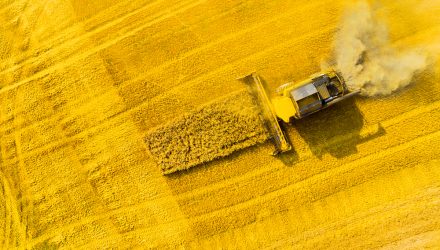 The S&P GSCI rose 3.8% in July 2020, taking its YTD performance to down 33.9%. Weakness in the U.S. dollar against a range of currencies supported commodities. The broad U.S. dollar fell to a two-year low at the end of the month. Lower real rates, a weaker dollar, and widespread fiscal and monetary stimulus measures continued to boost demand for precious metals, which are considered a hedge against inflation and currency debasement.

Following the volatility of the first six months of 2020, July proved rather subdued for the global energy complex. The S&P GSCI Energy up was 2.6%, buoyed by a weaker U.S. dollar. But the ongoing recovery in oil demand remains tempered by continual concerns over the recovery of the global economy, in light of a second wave of COVID-19 in many parts of the world. From a supply perspective, bloated U.S. crude oil inventories have finally started to fall, while OPEC’s decision to ease production curbs offers them some flexibility should demand weaken further.

The less-precious metal, the S&P GSCI Silver, jumped higher in July, up 30.0%, after flat performance in the first half of the year. A pickup in industrial uses of silver and a new all-time high for spot gold helped the precious metal post a month-to-date performance almost double the next closest S&P GSCI constituent. The S&P GSCI Gold continued its march higher in July, rising 8.6% over the month. The ongoing rally in gold is likely a sign that investors are suffering a new bout of nerves over the outlook for the global economy and a second wave of COVID-19 cases.

The S&P GSCI Softs rose 7.5% in July, continuing to chip away at the negative YTD underperformance. Most of the heavy lifting was done by the S&P GSCI Coffee. The hardest hit of the softs so far in 2020, S&P GSCI Coffee gained 17.8% in July on the back of concerns that the pandemic was spreading in the coffee growing regions of Vietnam. With hotspots in South America still raging, concerns are mounting that coffee supplies may be affected.

The S&P GSCI Livestock recovered some ground in July, ending the month up 6.1%. The S&P GSCI Live Cattle rallied 7.2% on the back of a long-awaited uptick in weekly beef export sales and improved U.S. summer grilling demand.