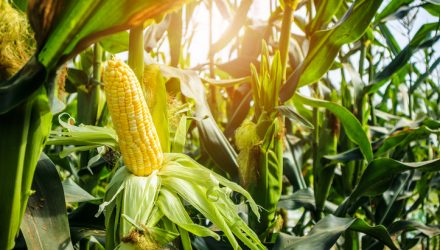 Soft commodities and agriculture-related ETFs strengthened Friday after a revised U.S. Department of Agriculture crop report, with traders focusing on the trade deal between the U.S. and China.

The USDA data revealed modest changes to crop production, but it did not include the agency’s outlook for a trade deal with China, Reuters reports.

The government calculated the 2019 U.S. corn crop was at 13.692 billion bushels, or up 31 million bushels from its previous figure, which reflected a greater yield that offset a reduction in harvested acres, MarketWatch reports. However, end stocks for the 2019-20 market year were lowere by 18 million bushels to 1.892 billion, showing greater consumption.

“This report is not a game changer,” Don Roose, president of U.S. Commodities, told REuters. “We were handcuffed going into the report with larger supplies around the world with improved weather in South America and hopes of some better demand from China. We come out of the report looking at the same thing.”

Traders were now looking ahead to the U.S.-China Phase 1 trade deal signing. President Donald Trump claimed China could purchase $40 billion in U.S. farm products over 2020 as part of the “Phase 1” agreement, Reuters reports.

Some warned that China could diminish purchases from the U.S. as it has found a steady supply out of South America already.