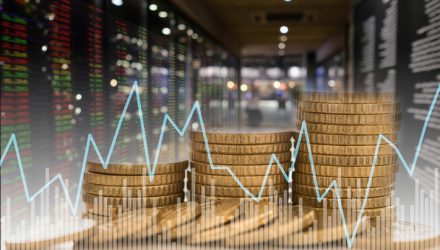 A Big Departure From The Gold Consensus

The SPDR Gold Shares (NYSEArca: GLD) and rival gold ETFs have stellar performers in the commodities space there with plenty of market observers rushing to back bullion. However, some of that shine has waned in recent days as GLD, the world’s largest gold ETF, is lower by nearly 4% over the past week.

However, that was August and we’re in September now and some market observers believe gold is ready to peel back over the near-term.

“Capital Economics in a note says all the drivers for the rally in the gold price – weakening global growth, safe-haven demand and low interest rates – are now baked into the price,” reports Frik Els for Mining.com. “The independent research house argues that gold will end the year around today’s levels and is set to drop by double digits in percentage terms in 2020 based on three factors.”

Against The Golden Grain

While gold has retreated in recent days, the Capital Economics forecast goes against much of the recent commentary on bullion.

Related: Could Gold Have Lost Its Luster For Now?

Some market observers see bullion rising to $2,000 per troy ounce over the next 12 to 24 months, but Capital Economics is going a different direction while forecasting even larger declines in silver.

“Capital Economics believes gold will decline to $1,350 an ounce by the end of next year. The decline in silver ($18.20 on Wednesday) will be steeper absent a major factor behind gold’s performance – central bank buying – with the metal down to $15 an ounce by end-2020,” according to Mining.com.