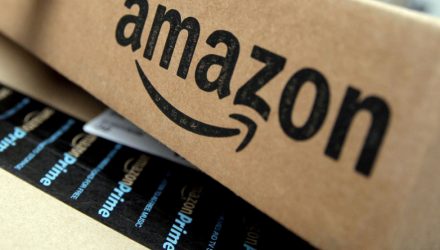 Alphabet, Amazon, Oh My: A Big Week For Internet ETFs

The week starting Monday, July 23 brings a slew of earnings reports from members of the Dow Jones Industrial Average and S&P 500. Among the marquee names reporting for the week are Google parent Alphabet Inc. (NASDAQ: GOOGL) and Amazon.com Inc. (NASDAQ: AMZN).

Alphabet reports on Monday, July 23 followed by Amazon on Thursday, July 26. Amazon and Alphabet are the third- and seventh-largest members of the S&P 500, respectively.

“It’s been a toss of the coin as to whether GOOGL’s earnings reaction has been positive or negative over the past eight quarters, split evenly at four of each — though the two most recent reactions have resulted in next-day moves lower for the stock,” according to Schaeffer’s Investment Research.

Here are some Internet and related exchange traded funds with exposure to Alphabet and Amazon that could be worth watching in the week ahead.