You are at:Home»Equity ETFs»Alkermes FDA Refusal: Biotech ETFs Dragged Down 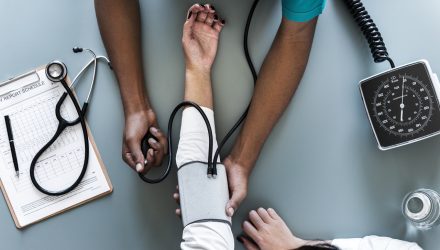 Alkermes revealed that it received a “Refusal to File” letter from the FDA regarding the company’s application for a new drug called ALKS 5461, CNBC reports.

According to the FDA, there was insufficient evidence for the drug’s effectiveness and was “unable to complete a substantive review”. The FDA added that “additional well-controlled clinical trials are needed prior to the resubmission of the [new drug application]for ALKS 5461.”

The biotech sector along with other growth-oriented U.S. names were also among the worst performing areas in the ongoing broad market sell-off. Market participants grew increasingly anxious on renewed fears of a global trade war after China imposed additional tariffs on 128 U.S. products, Reuters reports.

Furthermore, U.S. markets are nearing their support at the 200-day moving average, which has put additional pressure on equities as technical traders see a bearish signal.

“Failure to hold the 200-day (moving average on S&P 500) has put downward pressure on the market,” Ryan Larson, head of U.S. equity trading, RBC Global Asset Management, told Reuters. “As fundamentals tend to take a back seat, technicals are a few of the indicators that people hold on to in period of extreme volatility.”