You are at:Home»Equity ETFs»Airline ETF Gains Speed on Upbeat Outlook 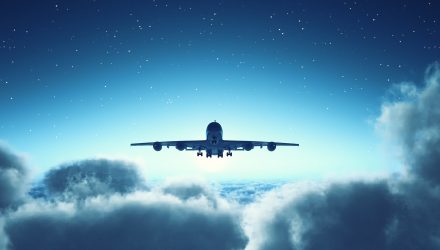 Airline stocks strengthened after American said revenue for every seat flown per mile in the fourth quarter will be up 5% to 6% year-over-year, or two points better than previously expected, due to higher average prices and more last-minute bookings, the Associated Press reports.

The carrier also projected Q4 adjusted pretax margin to come in at about 6.5% to 7.0%, compared to earlier projections of 4.5% to 6.5%, Investor’s Business Daily reports.

This follows United’s late-Tuesday statement that revenue per mile figure would match last year’s fourth quarter, an improvement over its previous forecasts for a decline of up to 2%.