You are at:Home»Featured»Airline Stocks Have Been Surprisingly Resilient During the Health Crisis 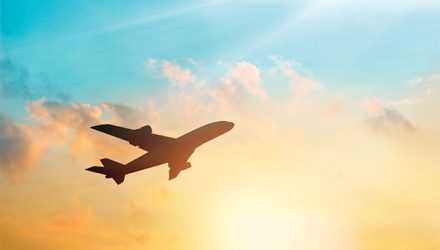 Airline Stocks Have Been Surprisingly Resilient During the Health Crisis

It’s no secret. The highly transmissible delta variant of Covid-19 has stalled the recovery of commercial air travel and weakened bookings in July and August, which have traditionally been among airlines’ busiest months of the year. What’s more, higher oil prices could be an additional headwind for carriers.

These developments may be off-putting to some investors, but it’s important to keep things in perspective. As disruptive as the global health crisis has been, airline stocks have been recovering much faster than they did during the previous two crises, the 2007-2009 Great Recession and the double-whammy of 9/11 and the 2002-2004 SARS pandemic.

Take a look below. I normalized airline stocks at 100 at the start of each crisis and charted them for the next 500 trading days. Although Covid was a more significant initial shock to global airlines than either the Great Recession or 9/11 was, stocks have generally been more buoyant this time around, turning down only in the last month due to the spread of the delta variant.

This is the case because airlines were in a much stronger position financially to deal with the challenges of Covid than they were in past crises. In the years since the global recession, the airline industry has consolidated, giving them greater pricing power. They’ve demonstrated capacity growth restraint, eliminated unprofitable routes and introduced new revenue streams that helped drive total sales to a new record high of $838 billion in 2019.

This sort of discipline helped the industry remain highly profitable for 10 years straight between 2010 and 2019.

Despite the downturn in flight demand this summer, we remain bullish in the long term. This week the FDA fully approved the Pfizer vaccine, giving government agencies and private corporations the green light to mandate vaccinations if they choose to. People at higher health risks in Germany, Israel and the U.S. have already begun receiving a booster shot against the virus.

So far, the only major U.S. carrier to mandate vaccines is United Airlines. However, Delta Air Lines announced on Wednesday that it will start imposing a monthly $200 insurance premium on employees who aren’t vaccinated.

Getting more airline employees inoculated is admirable, but a full air travel recovery cannot happen unless more potential paying passengers get the jab. As of this week, only a little over half of eligible Americans are fully vaccinated, putting the U.S. behind all other G7 countries except for Japan.

In May 2020, legendary investor Bill Miller said that if you don’t own the airlines, “you’re making a bet against the vaccine.” Nearly a year and a half later, I still see the vaccine as part of the path forward to commercial air travel’s full recovery.

The NYSE Arca Global Airline Index is a modified equal- dollar weighted index designed to measure the performance of highly capitalized and liquid international airline companies. The Index tracks the price performance of selected local market stocks or ADRs of major U.S. and overseas airlines. Holdings are reported as of the most recent quarter-end. The following securities mentioned in the article were held by one or more accounts managed by U.S. Global Investors as of (06/30/2021): United Airlines Holdings Inc., Delta Air Lines Inc.