You are at:Home»Featured»Age Does Not Need to Be a Factor for ETF Investors 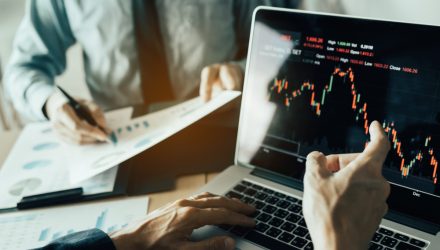 Age Does Not Need to Be a Factor for ETF Investors

Unlike with mutual funds, investors are not sitting on the sidelines waiting for an ETF to turn three years old. Despite operating under the limitations caused by Covid-19, asset managers have continued to expand U.S. ETF lineups in recent years. Indeed, as of March 4, there were over 850 products trading that launched since the beginning of 2020, managing $121 billion in assets, including 77 funds that rolled out in 2022. Given back-to-back record-breaking calendar years of net inflows, it is less of a surprise that the supply of ETFs has expanded. Yet, demand for ETFs without a three-year track record has continued to swell. We believe investors are benefitting from the transparency provided by ETFs to understand the exposure’s risk and reward potential and combining this with a focus on fund costs. Approximately 35% of the 2,252 equity and fixed-income ETFs star-rated by CFRA launched since April 2019 and are not covered by Morningstar.

Many of the ETFs from the class of 2020 launched during the initial uncertainty of the pandemic, yet there are lots of successful funds. There are 89 ETFs with 2020 inception years (30% of the fund universe) with more than $100 million in assets under management; 16 of which have more than $500 million, and eight have eclipsed the $1 billion mark. While ETFs with asset bases under $100 million can survive for years, they are ripe for closure consideration, making the crossing of that threshold a key milestone.

Figure 1: Assets Under Management of ETFs Launched in 2020

JEPI and QQQM have proved age does not matter much with ETFs. JEPI is an actively managed equity ETF that owns just over 100 stocks, such as AbbVie (ABBV 149 ****) and DTE Energy (DTE 127 ****), chosen based on JPMorgan’s risk-adjusted stock rankings. Management also overlays options to generate an above-average recent 30-day SEC of 11%. Despite launching in May 2020, JEPI gathered $6.9 billion in assets. CFRA has a four-star ETF rating on the fund, believing it has a strong risk-reward profile. JPI charges a 0.35% expense ratio.

iShares 0-3 Month Treasury Bond ETF (SGOV 100 *), Dimension US Core Equity Market ETF (DFAU 30 ****), and JPMorgan BetaBuilders US Mid Cap Equity ETF (BBMC 82 **) are examples of other ETFs initially trading in 2020 that have more than $1 billion in assets under management.

CFRA believes that investors do not need to wait till an ETF reaches its three-year anniversary before considering purchasing it. Rather they can begin the due diligence process early and make informed decisions about the risk, reward, and cost attributes of a fund in relation to more established products. To see what ETFs CFRA rates favorably despite the lack of a three-year record besides DFAU, JEPI, and QQQM, visit the ETF tab of MarketScope Advisor.