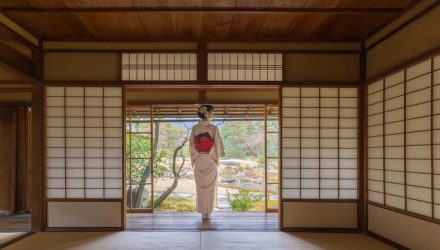 After The Election, Examining Japan ETFs

EWJ has delivered a solid performance even in the face of the U.S. dollar slumping and the yen being solid. Japanese stocks are usually adversely affected by a stronger yen due to the economy’s high dependence on exports. Importantly, Japanese stocks are attractively valued relative to other developed markets.

Prolonged yen weakness could benefit currency hedged ETFs, such as the iShares Currency Hedged MSCI Japan ETF (NYSEArca: HEWJ). Broadly speaking, currency hedged ETFs have been losing assets this year because of the weak U.S. dollar, but that situation could abate as some factors could bolster the greenback.

“We see the outcome as a mild positive for Japanese equities, though recent strong performance may spark some profit taking,” said BlackRock in a recent note. “We like Japanese shares thanks to the synchronized global expansion supporting growth, attractive valuations and solid earnings momentum. We favor sectors that have posted solid earnings but lagged the broader market, such as autos, transportation and real estate. We also see the election result as a mild negative for the yen and Japanese government bonds.”