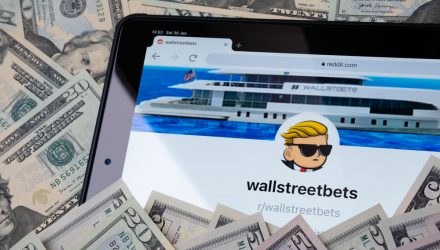 The retail day traders that fueled the surge in GameStop (NYSE: GME) have silver and related exchange traded funds in their sights.

Among the best performing non-leveraged ETFs of Monday, the ETFMG Junior Silver Miners ETF (NYSEArca: SILJ) increased 12.6%. The iShares Silver Trust (SLV) was up 7.3% while Comex silver futures were 7.0% higher to $28.9 per ounce.

Silver futures surged almost 12% on Monday to over $30 per ounce after the infamous sub-Reddit WallStreetBets began floating the idea of a short squeeze in silver markets. The group of day traders previously sent shares of GameStop and AMCI soaring in a bid to deal heavy damage to heavily shorted hedge fund accounts while turning a profit from Wall Street’s misery.

However, the rush into silver futures has caused some division within the ranks, with some Redditors calling the move a ‘false flag’, according to the Associated Press.

Some conspiracy theorists even claimed that hedge funds have infiltrated the messaging board and directed the legion of day traders to silver to distract them from the GameStop trade.

Nevertheless, analysts watching the silver market argue that there is more to the story than investors suddenly jumping in.

“The asset is traded by a variety of institutional players and it is very likely that those parties have joined the move to push the metal higher,” Boris Schlossberg of BK Asset Management said in a note.

Others see the long-term value of silver.

Michael DiRienzo, executive director at The Silver Institute, argued that the fundamentals of the market are “beyond what you’re seeing in terms of activity in the market.”

For instance, the silver market saw lower mining supply in 2020 due to COVID restrictions while demand for the metal is in the rise, DiRienzo added.