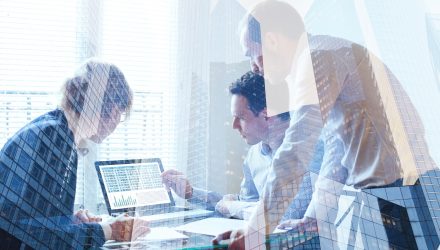 Why do People Invest?

Maybe you’re new to investing and you aren’t sure about the concept on the whole. Maybe you are wondering why people invest at all. These are good questions that I’ll try to explain.

Investing is a confusing concept to many individuals. They have heard mixed signals from the talking heads on CNBC, FOX, and countless other media sources. Big words, complex information, hot tips and insider trading are what comes to mind when picturing the idea of investing in stocks, bonds, or any other alternative.

The good news is much of what you’ve heard is wrong. The people spewing most of the investment nonsense on TV are just plain wrong, and they get paid to talk the loudest. They play on people’s emotions while taking advantage of the general ignorance that surrounds investing. If you were to track the investment recommendations produced from these broadcasts (Jim Cramer) you would see just how abysmal they are. Funny thing is, somehow they’re still being paid to give investment advice…

The concept of investing itself is quite simple. It’s the practice of lending your money to an individual or institution. In return, you’ll hopefully end up being paid more money than you originally invested. This occurs through a variety of means which I’ll discuss in a later article.

The more technical reason that most people choose to invest is inflationary pressures. Inflation is an economic concept that explains why the price of goods and services increases over time.

In this country, the Federal Reserve (Fed) tries to control and manipulate inflation. In fact, they think some inflation (2-3%) is good for the economy. Many people would disagree, especially since many wages haven’t kept up with inflation over the last 20 years, but that’s how it is.

Pretty sucky, right? Dollars are worth less and prices keep going up! Yeah it sucks if you stick your money in a mattress or a local bank that pays you 0.5% interest.

That’s what a lot of people don’t understand. By refusing to invest in something that at least keeps pace with inflation, they are actually losing money. The purchasing power of their money is decreasing, as is their true wealth.

Investing allows us to set aside money for specific goals, while often providing tax benefits. A perfect example is saving for retirement through a 401k plan. If you choose to set aside money from your current paycheck to fund a 401k retirement account, the government won’t tax you on that money until many years down the road when it is withdrawn for retirement. This money is said to be tax deferred because it is not taxed in the year it is earned, providing a temporary tax break, and tax free growth until withdrawal.