You are at:Home»Advisor Solutions Channel»Oil Markets Brace for Supply Constraints 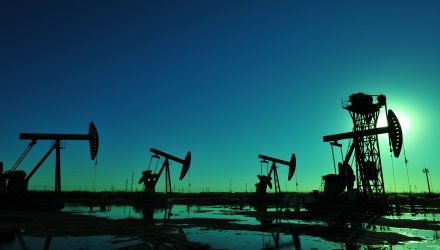 Reflecting these concerns, Brent oil remained near several-year highs on Monday, hovering around $77 per barrel at 3:30 pm Eastern Monday.

One main concern for oil traders is the fallout from the US withdrawing from the Iran deal. The deal, which was forged back in late 2015, lifted crippling sanctions on Iran and allowed the country to resume exporting millions of barrels of oil per day. Oil markets surged back in May on news that the US was pulling out of the deal, and CNBC cites analysts who say that the impending US sanctions could cut Iranian oil exports by up to 1 million barrels per day.

Additionally, signs of instability in other major oil-producing nations threatens potential supply disruptions. On Monday morning, the Wall Street Journal reported an armed attack on the Libyan state-run National Oil Corporation’s headquarters, which left two dead and 10 injured. This comes in the wake of a series of violent protests in Iraq, culminating in an attack on the Iranian consulate in Basra. Although the Iraqi government has asserted that supply has been unaffected, there are concerns about what could happen if the protests escalate.

In an interview with CNBC, RBC Capital Markets Managing Director Helima Croft discussed some of the drivers of these protests.