You are at:Home»Advisor Solutions Channel»Minimalism: Just a Fad or Can it Really Help? 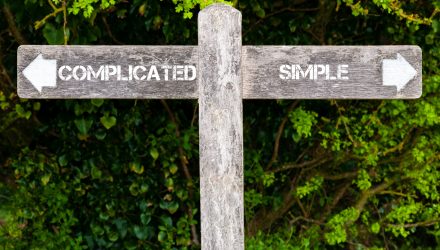 Minimalism: Just a Fad or Can it Really Help?

Minimalism is a word that carries a lot of weight these days. Ironic, considering it refers to a lifestyle that is all about living with less.

Documentaries, podcasts, and books have been made and written all about minimalism and how it can change your life for the better—leaving you debt free and with extra time to work on personal relationships.

For many minimalists, the philosophy is about getting rid of excess stuff and living life based on experiences rather than worldly possessions. You can probably see how having less stuff can also free up your life financially.

Although it may just seem like a millennial fad to most, minimalism, when practiced for the right reasons, can benefit your life significantly.

What are the benefits of being a minimalist?

The following benefits of minimalism come from blogs dedicated to educating people about minimalism. These blogs include: The Minimalists, Becoming Minimalist, and Miss Minimalist. They all say that becoming a minimalist can help you:

Now, let’s talk more in-depth about why (or if) you should become a minimalist, and how to go about doing so. I’ll also talk about some very real problems with the minimalist philosophy.

Let’s be honest, you don’t need all your stuff—so get rid of some of it
Almost everyone owns something (or a bunch of things) they don’t really need. While minimalism takes getting rid of stuff to an extreme, if you pick a couple major items to sell, you could make a little extra cash.

The Minimalists—Joshua Fields Millburn and Ryan Nicodemus—have helped minimalism grow via their documentary, podcast, and recently their nationwide tour. They incorporate a rule in their teachings—the 90/90 rule—that makes a lot of sense.

Look at a possession. Pick something. Anything. Have you used that item in the last 90 days? If you haven’t, will you use it in the next 90? If not, then it’s okay to let go.

You would think it would be easy to get rid of something you hadn’t used in the last 90 days, but this is harder than it seems. Sittings in my apartment, I can see a handful of things I could easily live without (namely, my large book collection), but it’s hard to imagine giving those things up. At the same time, when it comes time to move, I’m certain I’ll wish I could fill up just my car with my belongings instead of renting a moving van.

If you’re more willing than most and can part with most of your possessions, chances are you could probably rake in extra cash by selling them.

You probably don’t need a huge apartment/house either

If you have less stuff you can get buy on living in a smaller place. Which can be a huge cost saving factor.

Studio apartments are cheaper than one or two bedroom apartments. And, if you’re really into the idea of living as a minimalist, but don’t want to rent, the tiny house market is booming.

Smaller places also cost lest in utilities. Heating a large apartment in the winter can run you an extra $100 or more a month. The same goes for air conditioning in the summer.

It’s easier to budget if you have less expenses

One of the reasons budgeting is so difficult these days is because we have so many extra bills that other generations didn’t really have to think about. Internet (and all those streaming apps like Netflix, Hulu, Amazon Prime, etc.) didn’t exist when our parents were our age. This also goes for factoring in expenses such as the lease cost of an iPhone.

Just think about how much you could save if you didn’t pay for internet, paid less for your phone, didn’t have to buy a car and pay car insurance, etc. That, of course, assumes you could continue with your daily life without those things—which many of us could, no matter how difficult it may seem.

If you think minimalism is just about getting rid of your stuff, that’s not entirely true. There are minimalist budget systems that rely on the “less is more” theory. Here are some key components of this kind of budget:

Use just one credit card (preferably one that offers rewards, if you’re credit worthy enough). If you pay your bills this way, you’ll earn rewards and not have to worry about which card links up with which bill.