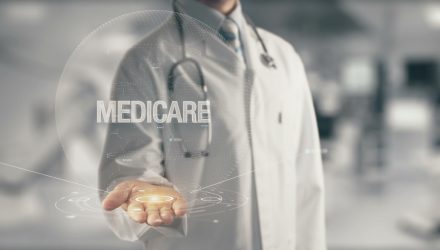 When you first reach age 65 and become eligible for Medicare benefits, there is a set period of time when you can enroll. The initial enrollment period actually begins before your 65th birthday, and is a total of seven months. This includes the three months before your month of birth, the month that you reach age 65, and the three months after your birth month. So if your 65th birthday is in July, your initial enrollment period starts on April 1 and lasts until October 31.

During this period you can enroll in Medicare Part A and Part B. You can then choose other additions to your Medicare coverage, including prescription drug coverage, a Medicare supplement policy (Medigap), or maybe a Medicare Advantage plan.

The month in which you enroll determines when your Medicare Part B coverage will begin. If you enroll in Medicare during the any of the 3 months prior to your 65th birthday, your coverage will begin during the month of your birthday. If you enroll during your birthday month, coverage begins on the first of the following month. If you wait to enroll during any of the remaining 3 months in your initial enrollment period, there will be a two-month lag before your benefits will begin. For example, if your birth month is July and you wait until August to enroll for Medicare, your Part B coverage will not commence until October 1.

Once you have enrolled in Medicare Part B, you have a 6-month period when you can enroll in Medigap. Generally, if you do not purchase a Medigap plan during this period, you may be required to provide evidence of insurability to the insurance provider if you attempt to purchase a policy later. This may result in higher premiums or denial of coverage altogether, if there is a pre-existing condition.

During the 6 months after Medicare Part B enrollment, insurers are required to accept you as an enrollee in whatever Medigap Plan you choose, as long as you can pay the premiums.

Your Medicare Part B coverage will not begin until July 1 of the year that you sign up during the General Enrollment Period. Medicare Part A coverage is back-dated to six months prior to your enrollment date, or the month of your 65th birthday if you enroll less than six months after that date.