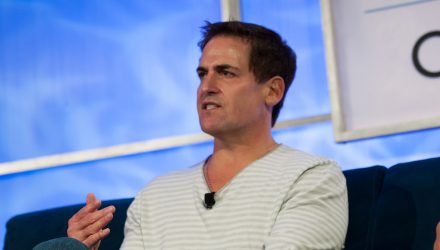 While American businessman and “Shark Tank” television personality Mark Cuban does own a handful of U.S. equities, he prefers fistfuls of cash at his disposal as opposed to allocating a large portion of his capital to risky investments.

“If you look at where growth is coming from and where uncertainty is being driven, particularly with tariffs, the companies that will impacted the least by tariffs are FANGs,” said Cuban. “The companies that will benefit the most on tariffs by other types of companies and drive interest more towards their companies are Amazon, Netflix, Google, Facebook, etc.”

Even in the current bull market, Cuban prefers to keep his exposure limited to stocks while keeping lots of cash available at his disposal. With cash on hand, Cuban can make the necessary capital investments if an opportunity catches his fancy.