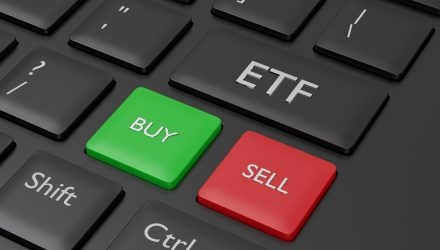 Larry Kudlow “King Dollar, We Have the Best Economy in the World”

WHERE: CNBC’s “Squawk on the Street”

DAVID FABER: Stocks are near session lows, extending that selloff from yesterday. President Trump yesterday, as well, blaming the sharp downturn on the, quote, “Prospect of presidential harassment,” by the incoming democratically controlled house of representatives. Joining us now, National Economic Council Director Larry Kudlow. Larry, always good to see you, though I have to admit, I miss not having you to my right here on set.

FABER: Where I can at least try to reach out and touch you. Stop you, sometimes, from talking.

KUDLOW: I appreciate it very much.

FABER: Larry, you know, trade — it continues to be one of the big issues and certainly one we discuss with you. This morning I’m looking at a Strategas piece out, says “Is the Kudlow trade framework crumbling?” Maybe you’ve seen it.

KUDLOW: I saw that.

FABER: Give me your take.

KUDLOW: I saw the headline from my pal, Dan Clifton. I didn’t actually read the piece. Let me just guess. I’ll lay out a framework for you, and you can go where every you want to go. First of all, we are again talking with China and I think that’s very, very, very positive. The President initiated a phone call with President Xi. We now know that we will in fact discuss trade at the G20 meeting in Argentina. We didn’t know that before but as a certainty, but there will be many things, security matters and so forth on that list, but trade is going to be one of them. Right now, we’re having communications at all levels of U.S. and Chinese government. I spoke to Secretary Mnuchin this morning about that, as part of our preparation for the G20. So without even thinking about a prediction on the outcome, we are talking to them again. You know me. I think it’s better to talk than not talk, so, that’s a plus. We’re in very good negotiations with the European Union. We’re in very good negotiations with Japan. We did get the U.S./Mexican/Canadian – the NCA. So I think, you know, we’re moving ahead on trade discussions and we had a very good deal in North America, so I think it’s a pretty good story, to tell you the truth.

FABER: Yeah. You know, Larry, the piece that I reference, we referenced at the top, it actually is trying to paint a more positive prospect for an agreement. But it’s saying that because it’s starting to — they’re starting to say they see signs, Dan Clifton, of slowness coming in the economy as a result of the dispute. Investment slowdown in the third quarter, they say, is a major red flag that tariffs are starting to impact CAPEX. Are you seeing that and are you concerned about it?

KUDLOW: No. Not really. I mean, I agree that the capex numbers were a little soft in Q3. They had been very strong in the prior quarters. And actually, David, there may be some glitches in those numbers. Kevin Hasset, my colleague at CEA, the durable biz reports really look better than we saw in the GDP, we may get a revision upward, maybe next quarter. I think that’s still a strong area. Look, the tariffs that we impose on China, because of their recalcitrant — they won’t seem to respond positively to our asks. Maybe that’s going to change in the next month, I don’t know. Those tariffs haven’t really hit yet. They’re not in place. I think some of these companies are worried. I understand that. Nonetheless we’re doing what we must do with respect to China. In my judgment, I piece deal in transfer of technology, forced transfer ownership, high tariffs on a number of commodities, cyber hacking. We can’t let that happen. So I think the president is doing the right thing. But –

KUDLOW: But, but, but my point to Dan Clifton who I have spoken to this morning is we are resuming talks with china. It will be part of the G20. And I have to believe that’s a good thing. And we are talking to the EU and Japan, and we did get the USMCA done. So that’s not bad.

FABER: No. Larry, I think, Peter Navarro had some things to say recently in terms of when you term Wall Street bankers and the like, trying to get their influence felt by the white house. I think we have it. I would love for you to listen to his comments and respond to them, if you can.