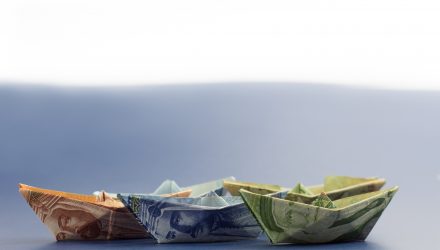 Intimately Embracing Fear in The Market

The stock market has certainly been thought provoking thus far throughout February, to say the least.  We started the month with one of the quickest double digit sell-offs of all time, only to watch it rebound back towards all-time highs at a similarly quick pace.

In my previous piece at Sure Dividend, I discussed some of the likely reasons for the recent downdraft, from a fear of inflation and the coinciding rising interest rates to the structural issues the market faced revolving around the volatility index and niche market products.  In that piece I also mentioned how surprised I’ve been at how quickly my own sentiment regarding the market have changed.  I’ve spent time during the last week or so analyzing my own reaction to the volatility in an attempt to stop myself from making mistakes in the future.

My personal fear/greed gauge has swung back and forth right alongside the volatile market moves.  These initial reactions aren’t ideal; however, upon reflection, I’ve also realized that the direction of one of these swings is likely far more dangerous than the other.  Fear can be a healthy thing but I’m having a hard time imaging greed in a positive, productive light.

Thankfully I’ve been at this game long enough to know that first reactions to market moves ought to be taken with a grain of salt until they’re validated with the data that only comes with proper due diligence and rational introspection.  No matter how fast the market seems to be moving on a daily basis, haste is probably not in the retail investor’s best interest when it comes to decision making.

First of all, you nor I will ever be able to keep up with the algorithms that drive market momentum in the short-term.  Furthermore, this momentum is oftentimes fueled by technical analysis or simply key words in press releases triggering pre-determined responses; in hindsight we’ve seen that some of the mini-corrections or crashes that computers have caused in the markets aren’t based on fundamentals at all, which is a problem for traditional, conservative investors.

The problem is, there’s a lot of action and noise created in the market by forces that we’re taught to ignore.  It’s always been difficult to determine whether or not company specific sell-offs are caused by isolated issues or systemic problems.  The former oftentimes result in buying opportunities and the latter should typically be avoided.  To me, it has always been more of an art than a science when it came to attempting to determine whether or not issues were going to be long lasting.

This art/science conundrum is basically the case for all types of risk management.  Speculation will always be involved when looking at disruptive forces in the market.  It’s impossible to accurately measure the strength of any company’s moat over the long-term, but this is a big part of my analysis as I apply an appropriate margin of safety target on an investment.

In other words, I’m happy to pay a higher valuation premium for a company with high barriers to entry and a strong, defensive market position.  Just to give a quick example, we’ll go no further than the largest individual holdings in my portfolio.  Looking at a couple of my favorite companies to own, Apple(AAPL) and past Sure Dividend Newsletter recommendation Boeing (BA), I’ll discuss how valuation plays a role in my decision making and how this is coupled with a healthy fear in the market.

Apple is my largest position, making up nearly 7% of my holdings.  This is a very overweight position for me.  What’s more, I admit that Apple’s moat isn’t particularly wide.  I don’t buy into the “one trick pony” argument that many like to make when it comes to Apple.

I’ve always been impressed with the company’s ecosystem and I think the rise of service revenues clearly mark the strength of the overall brand that Apple has created.  However, I’m not naive enough to believe that the iPhone will be king of the mountain forever.

Before there was the internet or smart phones I suspect there were very few individuals outside of the science fiction world who could have imagined the amount of power and knowledge that a company like Apple would bring to our fingertips today.

It’s truly amazing to consider the fact that these devices, which play such a paramount role in the lives of billions of people across the world, didn’t even exist roughly 10 years ago (the first iPhone was released in late June of 2007).  I don’t know what the next step will be in the consumer facing technological evolution will be but I’m sure that in another decade or so something else will exist that I could hardly imagine today.

This is a threat to Apple, though the company’s strong balance sheet and cash positions makes it seem likely to me that they will be able to keep up with their competition in the tech space.

The company’s current cash cow of an ecosystem, combined with its strong balance sheet, and lastly, and more importantly, the company’s attractive valuation (Apple shares have traded below the market multiple for years now) have allowed me to conservatively build a large stake in the company.   However, regardless of how much I like the brand, its products, and its balance sheet, if the valuation wasn’t right I wouldn’t have been interested because of the threats that the company faces. 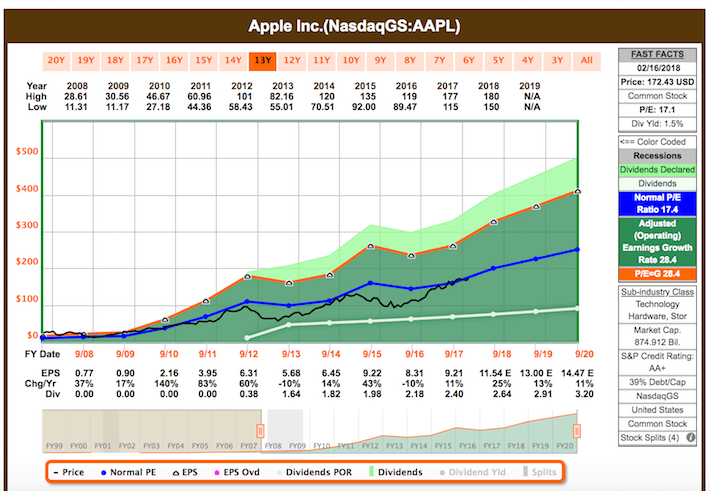 Boeing, like Apple, generates massive amounts of cash with its operations and in a way, they’re both hybrid cyclical companies (though admittedly, Boeing is to a much larger degree).  What I mean is, both of their products have so much demand that companies/individuals are forced to own them, but they’re expensive, so we oftentimes see cyclical refresh cycles.

However, I call them hybrid, because both companies have taken measured steps to even out cash flows along the cyclical curve with services that augment user experience and create higher switching costs.

Where these two companies become very different in my mind is the likelihood for disruptive competition.  In the tech space, every major competitor that Apple has is exceedingly rich and striving to produce the next great attraction.  There are a handful of names across the world that pose a tremendous threat to Apple in this regard because of the fast paced evolution of binary code.  In my opinion, Boeing doesn’t face the same type of threats.

Sure, there are aerospace companies from emerging markets hoping to carve out a piece of the global air plane pie; however, there is a big difference between buying a phone that can easily be cast aside for a new one and spending hundreds of millions of dollars on an air plane that is responsible for the lives of its passengers.

Chinese manufacturers pose a threat to Boeing, in my opinion, because I’m sure they will be backed by their nation state in local markets; however, on a global scale, I have a hard time seeing anyone knocking Boeing off its pedestal as a leader in one of the most reliable growth industries on the planet: aerospace.