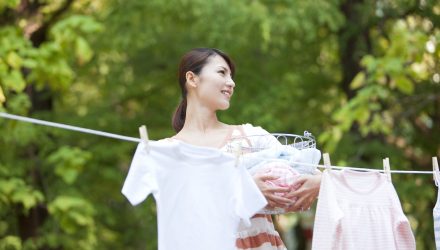 Fears of trade wars and political uncertainty cannot distract from the fundamental improvement in the profitability of corporate Japan.

Importantly, approximately two-thirds of Japan’s earnings recovery has been due to rising top-line sales growth, with the exchange rate adding compounding tailwinds as well as cyclicality. This is due to the high operational gearing, which is forced by the high fixed-cost base of corporate Japan.

Related: One of the Least Expensive Japan ETFs

From here, the outlook for corporate earnings growth remains positive, in our view. Consensus estimates have turned very conservative: four months ago, the consensus TOPIX EPS growth target for the upcoming fiscal year 2018 (April 2018 to March 2019) was up 13%. Now it is down to 4.5%, based on approximately 3.5% sales growth and a ¥105/$ FX assumption (see Bloomberg estimates).

In our view, 15% EPS growth should be achievable, driven by higher-than-consensus sales growth: Last year, sales rose 6.5% and, unless global economic growth begins to moderate significantly, the consensus expectation for a slowdown to 3.5% strikes us as a very conservative baseline assumption.

The following matrix aims to pull it all together. It shows the implied fair-value TOPIX level given various combinations of sales growth and FX assumptions, and price-to-earnings (PE) multiples.

The current consensus calls for 3.5% sales growth and ¥105/$, which puts the current TOPIX level on a “fair value” PE of 13.5x. Given the PE range of between 13x and 19x in recent decades, we are currently at the bottom of the PE valuation band, even with—in our view—conservative sales and FX assumptions.