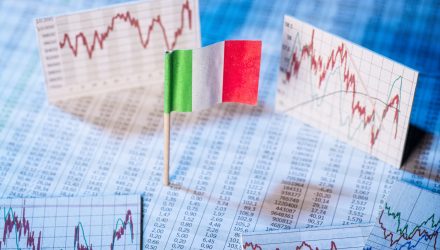 Concerns continue to mount in Italy as its country’s leaders spar with European Union officials over its latest budget proposals, prompting a war of words that is manifesting itself in the European markets with lots of red.

“In Europe, Italy is again dominating headlines as its government is at odds with the EU over its budget,” said Joseph LaGrasta, ETF Sales & Trading, at Virtu Financial. “Italy’s 10-year rose to a 4-year high and banking stocks suffered throughout. Markets across Europe are all firmly in the red with the Euro stoxx -.74%, Dax -.80%, Cac 40 -.85% and Egypt getting battered down -3.66%.”

Per a report, European commissioner Pierre Moscovici expressed his discontent at the Italian government, saying “the Italian Government presented a government budget with a 2.4% deficit not only for this year but over the next three years to come which is a significant deviation to what was committed before. It may lead to public expenditure that makes you popular for a while, but who pays in the end? The European Commission will exert all of its powers not to impose austerity but in the defense of the Italian and European interests.”

Just recently, the Italian government sent European markets in a frenzy as comments from Claudio Borghi, who heads economic policy for the ruling Lega party, said the country would be better off if it wasn’t tied to a single currency, the euro, and operated on its own currency.