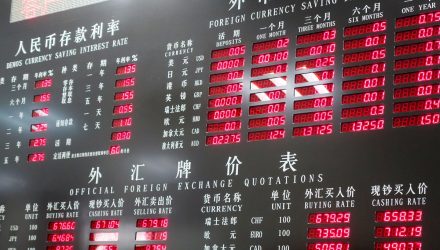 China ETFs Rally on Trade Truce with the U.S.

China country-specific exchange traded funds were among the best performers Monday after President Donald Trump and Chinese President Xi Jinping agreed to a cease-fire in the trade war that gripped global markets this year.

Markets strengthened after Trump and Xi reached a deal Saturday to temporarily halt tariffs that were planed to go into effect at the start of 2019, the Wall Street Journal reports. Meanwhile, China agreed to open up its markets to U.S. goods, cutting tariffs on American-made cars.

The relief rebound on Monday helped pare some of the losses the markets have experienced throughout the year, especially over November as U.S. crude witnessed its worst month since 2008, 10-year Treasury yields slipped below 3% and stocks continued to stumble along.

“After a few rough months, we were due for a relief rally and the trade news is helping fuel it,” Geoffrey Yu, head of the London investment office at UBS Wealth Management, told the WSJ. “Trade has been a major headwind for markets and that has now been alleviated to some extent.”