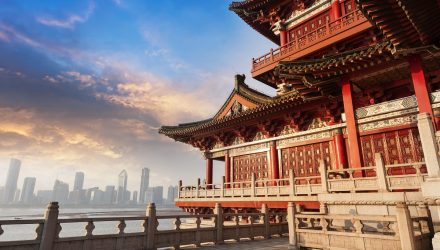 China country-specific ETFs rallied Tuesday after Chinese stocks experienced one of their best days since early November as hopeful traders bet on a resolution to the prolonged trade dispute between China and the U.S.

Chinese mainland stocks jumped more than 3% ahead of the new round of talks between the United States and China to resolve a trade war as the two side sides meet in Washington D.C. on Tuesday, with follow-up sessions at a higher level later in the week.

Tuesday’s meeting follows the latest round of negotiations that ended in Beijing last week without a deal in place, but officials reassured markets that progress was made on contentious issues between the world’s two largest economies, Reuters reports.

The talks are aimed at “achieving needed structural changes in China that affect trade between the United States and China. The two sides will also discuss China’s pledge to purchase a substantial amount of goods and services from the United States,” the White House said in a statement.

U.S. tariffs on $200 billion in Chinese imports are set to rise to 25% from 10% if no deal is concluded by March 1. However, President Donald Trump suggested that he could extended the deadline if he sees progress in trade talks. The President also told a crowd in Florida that “we’re making a lot of progress. Nobody expected this was going to be happening.”

“If our two countries can respect each other and cooperate it will not only be the right choice for us but it is also the common hope of international society,” State Councillor Wang Yi told a visiting U.S. business delegation.

“We are hopeful that the two sides will reach a comprehensive, bold and significant trade agreement that will be enduring and long-lasting. This is the challenge for both governments,” U.S. Chamber of Commerce Executive Vice President Myron Brilliant, said.