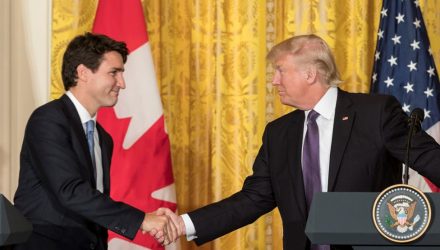 According to Canada’s Foreign Affairs Minister Chrystia Freeland, ongoing talks with the U.S. remain “constructive” despite the threat of punitive tariffs on Canadian-made cars if Canada spurns the prospect of a new North American Free Trade Agreement​ come Friday.

“It was a very constructive meeting with Ambassador (Robert) Lighthizer and his team and we’ll be back again tomorrow,” said Freeland. “What has really paved the way for what Canada believes will be a good week is the fact that Mexico has made some significant concessions, particularly in the area of labour and of rules of origin on cars.”

Freeland was effusive in her praise of Mexico’s trade concessions on autos and labor rights on Tuesday as she rejoined NAFTA talks. In the meantime, U.S. lawmakers were wary that a bilateral U.S.-Mexico trade deal may encounter obstacles on its path towards approval in Congress.