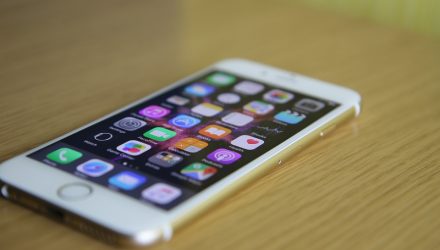 Apple Taking a Bite of its Own Stock with Buyback Program

Apple has been repurchasing its own shares at what a recent Wall Street Journal article describes as a “furious clip since last year’s tax-overhaul package freed up more than $250 billion” in the company’s offshore bank accounts—and in a recent earnings call Apple said it intended to buy back another $10 billion by the end of June. Given these efforts to “lighten its massive cash load,” the article points out, reaching a market capitalization of $1 trillion market capitalization would be even more notable.

Related: Equal-Weight Indexing Has Been a Better Long-Term ETF Play

Share buybacks represent a tax-efficient way to return cash to shareholders, the article explains, adding that in the case of Apple it may also be boosting demand for the shares during what is “typically a weak period seasonally, as iPhone sales generally cool in the summer months ahead of upgrades in the fall.”

Although buybacks don’t raise a company’s market cap (since share prices rise but shares outstanding fall), the article argues, the math might be working in Apple’s favor. Specifically, while the number of Apple shares outstanding has fallen by 25% since 2012 (data from S&P Global Market Intelligence) the stock price has doubled, boosting the company’s market cap by 49%.

“A steadily-risings share price has a way of taking on its own momentum,” the article concludes. “There are worse ways to blow off some cash.”