You are at:Home»Advisor Solutions Channel»$5K Invested 5 Years Ago in FAANG Would Now Be Worth… 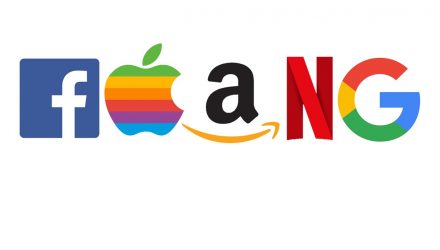 $5K Invested 5 Years Ago in FAANG Would Now Be Worth…

Tech stocks have been some of the best performers during this year. As the S&P 500 continues to edge closer to hitting its record high, investors have attributed much of its progress to strong earnings reports and growth achieved by large-cap tech companies. Amongst them are the FAANG stocks—Facebook (FB), Apple (AAPL), Amazon (AMZN), Netflix (NFLX), and Google-parent Alphabet (GOOGL)—some of the most successful and popular tech stocks that have attracted considerable attention from investors over the years.

The FAANG stocks have, for the most part, outperformed the markets, offering shareholders sizable returns on their investments. In fact, a portfolio consisting of $5,000 in the FAANG stocks ($1,000 in each stock) five years ago would be worth a total of roughly $27,000 today—a 440 percent return.

Facebook was founded in 2004 by Mark Zuckerberg and a few of his fellow colleagues. Initially launched as a site for students at Harvard University, Facebook has grown exponentially to become the world’s most popular social network, with approximately 2.2 billion active users as of July 2018, according to Statista. Zuckerberg has expanded Facebook to more than just a social platform, as the company is now experimenting with artificial intelligence (AI), virtual reality, and WiFi satellites.

Apple continues to be a record-breaking tech company. Founded in a garage in 1976, Apple began as a tech start-up between three friends: Steve Jobs, Steve Wozniak, and Ronald Wayne. Since its inception, Apple has established itself as a leading innovator within the tech industry, creating breakthrough products like the iPod, iPhone, and iPad. Just last week, Apple hit a $1 trillion market cap, becoming the first publicly traded U.S. company to break the record valuation.

Amazon, the world’s top online retailer, was founded by Jeff Bezos in 1994 after he quit a lucrative job on Wall Street in hopes to capitalize on the Internet’s rapid growth. Today, Amazon is slated to be the next U.S. company to hit the $1 trillion market cap milestone, as it currently sits at a valuation of about $910 billion. Amazon has expanded to more than just an ecommerce giant. In 2017, Amazon acquired supermarket chain Whole Foods for $13.7 billion and online pharmaceutical company PillPack.

Netflix has seen the greatest growth of the FAANG stocks over the last five years, up approximately 840 percent since 2013. Founded in 1997, Netflix is now ranked as the world’s 10th-largest internet company by revenue, offering its 125 million subscribers with access to stream over 5,579 different TV show and movie titles. A $1,000 investment into Netflix in 2013 would be worth about $9,395 today.