ETFs to Capitalize on LeBron James' Move to LA
You are at:Home»Advisor Solutions Channel»3 ETFs to Take Advantage of LeBron James’ Move to LA 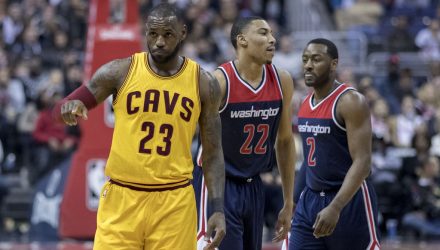 3 ETFs to Take Advantage of LeBron James’ Move to LA

On Monday, NBA superstar LeBron James put the finishing touches on his decision to join the Los Angeles Lakers by officially signing a four-year, $154 million contract. James’ status as a brand ambassador will only heighten as he joins a city with a larger market, giving his Nike endorsement even more exposure–possibly a boon for ETFs heavy with Nike stock exposure.

James’ affiliation with Nike could further the brand in Los Angeles where his LeBron line is already netting an annual revenue of $350 million. James is already tapping into the vast creative network in Los Angeles with a shoe that is slated to debut later this summer that features a collaboration with a LA-based designer.

As James’ Nike brand dips into this larger market, it could spell good news for the following three ETFs with heavy Nike exposure. Nike itself is having a stellar year–up 22.1 percent year-to-date. 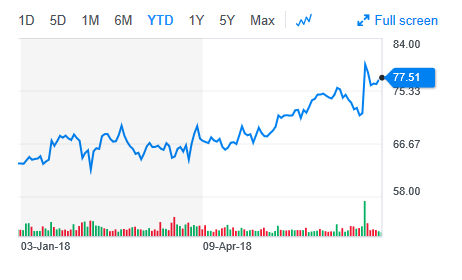 IYK tracks the investment results of the Dow Jones U.S. Consumer Goods Index and invests about 90 percent of its assets in securities within the index. IYK has a 4.56 percent exposure to Nike and is up 6.47 percent the last three years.

PEZ tracks the investment results of the Dorsey Wright® Consumer Cyclicals Technical Leaders Index and invests at least 90 percent of its total assets in common stocks of companies in the index. The index itself is composed of at least 30 common stocks of companies in the consumer discretionary sector with powerful momentum characteristics. It has a 4.12 percent exposure to Nike and is up a whopping 22.89 percent the last year.

Related: Shaq’s Money Advice: ‘Save it… invest it… and be smart’