3 ETFs for Playing Defense Against a Rising Rate Offense
You are at:Home»Advisor Solutions Channel»3 ETFs to Capture Post-Midterm Election Gain 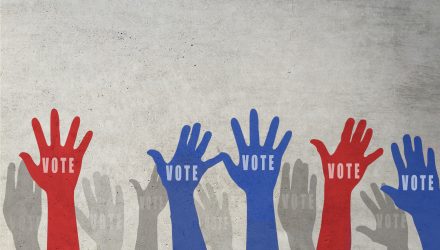 The capital markets are bracing themselves for what could be a raucous ride for the Nov. 6. midterm elections, but if history repeats itself, according to Stephen McBride of the RiskHedge Report, it could bode well for stocks and in turn, three exchange-traded funds (ETFs).