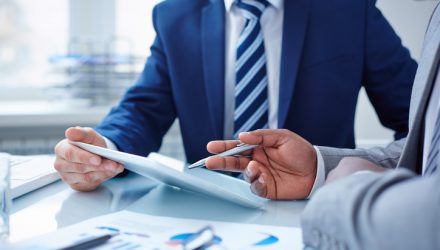 The latest Morningstar data revealed that on average, most actively-managed bond funds in the intermediate-term bond category outperformed their passive peers through the end of 2017 based on durations of one-, three- and five-year periods.

Rising interest rates have presented a challenge for passively-managed funds, which may exclude a significant portion of the investable debt market that could offer investors more diversification if they allocated capital into an actively-managed fund. For example, rising interest rates can hurt fixed-income investors who have capital allocated to debt with fixed rates that don’t move with short-term rate adjustments made by the Federal Reserve.

The economy has been full steam ahead with the backing of a strong stock market that has seen the major indexes like the S&P 500 reach record levels. With no signs of slowing, it appears that a steady diet of rising rates is in order, according to Boston Federal Reserve President Eric Rosengren.

At least 80 percent of assets will go towards securities that include U.S. dollar-denominated, investment grade floating rate notes. This floating rate component can take advantage of short-term rate adjustments by the Federal Reserve, while at the same time, protect the investor against credit risk with investment-grade issues and a duration of less than five years.