You are at:Home»Webcasts»Active ETFs to Help Navigate Global Markets 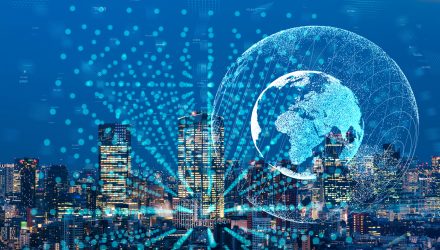 On the recent webcast, Going Global in Your Portfolio with Active ETFs, Christopher Davis, Chairman and Portfolio Manager for Davis Advisors, tried to put the global investment opportunity in perspective, pointing out that the U.S. only makes up a portion of the world market but many investors remain doggedly focused on domestic markets. The U.S. is only 5% of the world population and U.S. listed stocks make up 10% of the world total.

Meanwhile, there is a growing opportunity in international markets. The global middle class could support the growth as rising income levels fuel increased consumer spending. According to the United Nations and OECD, the global middle class is expected to grow to 3.2 billion by 2020 and 4.9 billion by 2030. Middle-class consumer spending in North America made up 26% of $21.3 trillion in 2009. However, according to the OECD, overseas middle class spending is expected to make up 90% of $55.7 trillion by 2030.

International markets also remain relatively cheap. Since March 2009, U.S. equities have outperformed non-U.S. equities by 65.3%. U.S. investors have capitalized on this outperformance as have a domestic bias toward U.S. equities, but this bias could cause many to miss out on a opportunity once foreign markets catch up, especially as U.S. stocks are either fairly priced or overvalued.

Davis pointed out that there are a number of factors that could cause the economy to slow from the rapid pace of yesteryear, singling out things like extreme or unpredictable politics, rising deficits, isolationism trade talks, fair valuations and normalizing rates.

On the other hand, investors may find opportunities in developed Europe or emerging markets. Europe continues to recover from the financial crisis, and companies remain strong with long-term global growth prospects. Meanwhile, the emerging markets are attractively valued, with companies that are increasing market share in enormous and quickly growing economies.

Danton Goei, Portfolio Manager for Davis Advisors, argued that the rise of online consumer spending may be a key factor in global market growth. Specifically, the number internet users doubled since 2010 to 3.5 billion and is still growing at 10% per year. Meanwhile, global online purchases rose 17% per year, with 75% of online purchases occurring outside of the U.S., but only accounts for 7% of total retail sales worldwide, which leaves a lot of room for further growth.