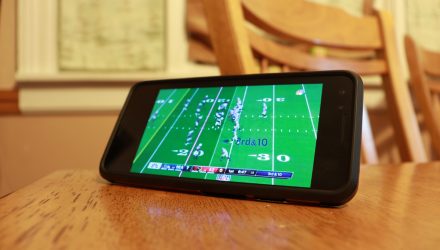 The NFL and its broadcast network partners recently negotiated a new package, but there wasn’t much to speak of on the streaming front apart from Amazon procuring rights to Thursday Night Football.

That’s a step in the right direction for streaming providers in terms of relationships with the most popular domestic sports league. Some market observers see an extremely lucrative streaming market in the National Football League, bolstering the long-term thesis for the Roundhill Streaming Services & Technology ETF (NYSE ARCA: SUBZ).

SUBZ, which launched last month, is the first ETF globally designed to invest in companies in the streaming sector.

“Lee Berke, principal of consultancy LHB Sports, Entertainment and Media, said the NFL structured the deals so the league can assess viewership and behavior trends. If the agreed-upon combination of linear and streaming succeeds, the NFL will likely retain the upcoming deal terms. Should streaming’s ascent continue and linear TV’s position erode, however, Berke said the league could reopen the deals to the market,” according to S&P Global Market Intelligence.

Thanks to the likes of Netflix, Amazon, Roku, and more, the streaming space is becoming increasingly competitive. That competition spotlights the utility of a fund such as SUBZ, which helps investors avoid stock-picking on their own.

“At the same time, NFL rights-holders’ plans to simulcast the games on their respective streaming services could lead to more cord-cutting and higher consumer prices, wrote MoffettNathanson analyst Michael Nathanson in a research note,” according to S&P Global. “Such cycles could also make it difficult to boost an already robust NFL ad sales business. National TV advertising revenues from the NFL games totaled $7.04 billion in 2020, a 16.4% jump from the 2019 season, according to iSpotTV data.”

Additionally, this actively managed fund provides investors with a piece of global exposure as well. As the streaming space grows across the world, active management allows the fund to adapt to rapidly changing dynamics in news and media. SUBZ holds companies from many countries. 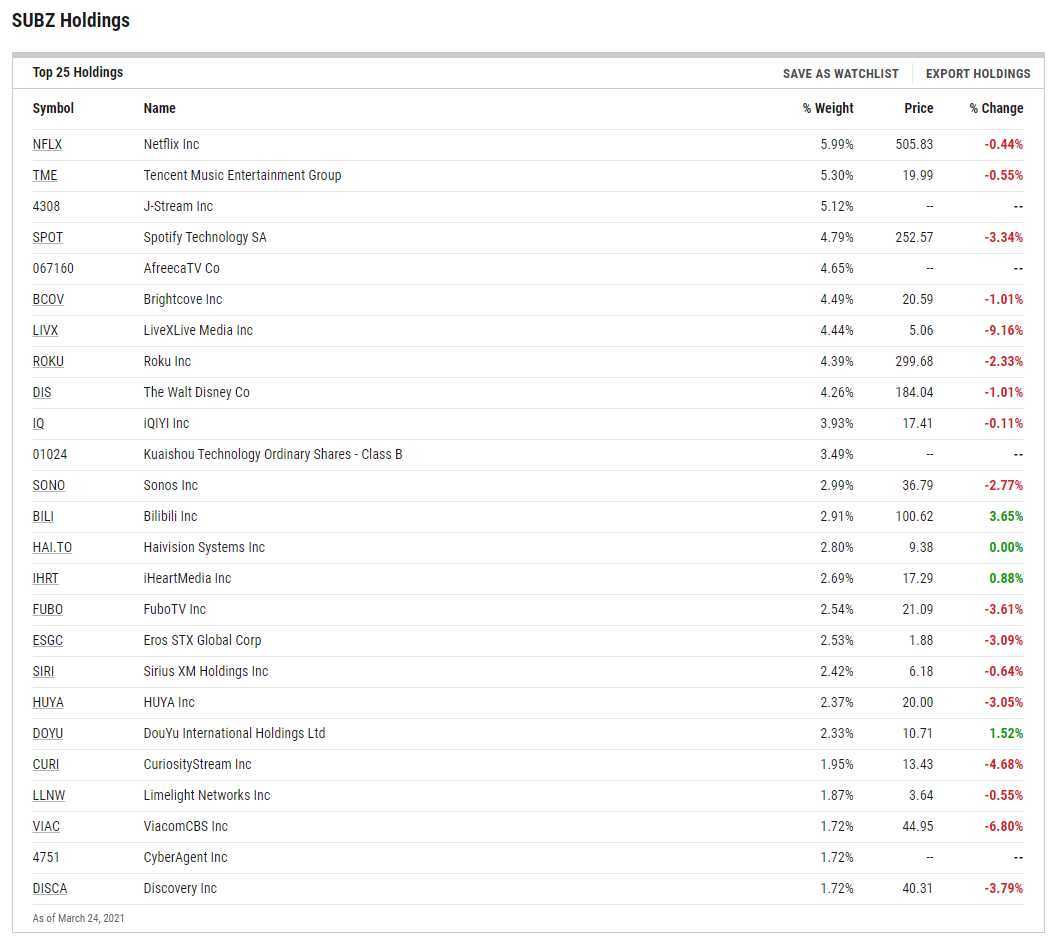