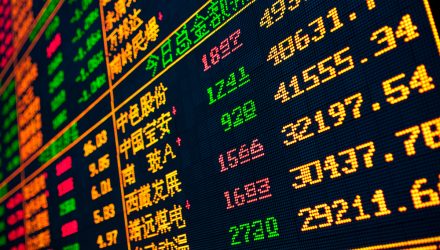 The Investing Opportunity in China

The relationship between the U.S. and China is perhaps one history’s most important, and not simply because these are the world’s two largest economies.

That economic relationship, which has been strained for some time, carries with it vital geopolitical implications and that’s even more true at a time when the world is attempting to move past the coronavirus pandemic. The U.S. and China are proving somewhat adept at that, but as Chris Dillon, investment specialist in T. Rowe Price’s Multi-Asset division, notes, not all developing economies are following China’s lead. That could be a sign for investors to embrace active management when it comes to both China and broader emerging markets exposures.

“If you look abroad in emerging markets, segments there are much less fortunate from that perspective. Look at the infrastructure of India, in being able to get the vaccines, but then also to get them out to their people,” said Dillon. “In Brazil, it’s a similar story. With the inconsistencies of vaccine resources, those countries will lag now, but the hope is that they follow later with their recovery as vaccines get more widely disseminated.”

In T. Rowe Price’s 2021 Mid-Year Market Outlook, the fund manager notes that when China joined the World Trade Organization (WTO) two decades ago, the West hope the country would become more democratic and increasingly capitalistic. As Dillon notes, that hasn’t happened, but strict government control has had some benefits in the COVID-19 environment.

“In a command economy, if the government is telling you to go get vaccinated, and not to go anywhere, and to put on a mask, then you do it,” he said. “In China, it’s not an option. In the U.S. you have a choice to get a vaccine; the government isn’t going to seek you out. Given this structure, as well as the level of their operational sophistication, we’re not surprised that China was able to get a handle on COVID-19 as quickly as they did.”

For investors considering China today and over the long-term, Dillon adds that it’s important to focus on the country’s efforts to become less export-dependent and drive elevated levels of domestic consumption – a hallmark of the U.S. economy.

“The next phase of China’s evolution is the rise of a consumption-based economy, competing with the U.S. on the world stage,” he adds. “So not only is there going to be technological innovation, but there’s also going to be service, healthcare, and financial services economies there. These are examples of areas where there’s going to be a progressive opening up of liquidity.”