You are at:Home»Active ETF Channel»As the Streaming Battle Heats Up, Check Out the ‘SUBZ’ ETF 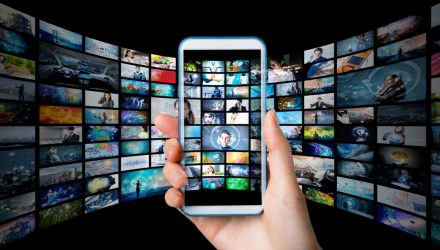 As the Streaming Battle Heats Up, Check Out the ‘SUBZ’ ETF

In the streaming entertainment world, Netflix (NASDAQ:NFLX) and Disney’s (NYSE:DIS) Disney+ are currently battling it out, but there’s plenty of room for competitors to make inroads and claim the number three spot.

Identifying the next big streamer is a different story. The newly minted Roundhill Streaming Services & Technology ETF (NYSE ARCA: SUBZ) can help with that objective. The actively managed SUBZ, which debuted last week, is the first ETF globally designed to invest in companies in the streaming sector.

“Moody’s analyst Neil Begley noted Amazon.com Inc.’s Prime Video is the other top-rung streaming player, but it is positioned quite differently from either Netflix or Disney. Prime Video is included as part of Amazon’s larger Prime subscription package, which includes free shipping and other perks,” according to S&P Global Market Intelligence.

Amazon is part of the SUBZ lineup.

Thanks to the likes of Netflix, Amazon.com Inc. (NASDAQ: AMZN), Roku (NYSE: ROKU), and more, the streaming space is becoming increasingly competitive. That competition spotlights the utility of a fund such as SUBZ, which helps investors avoid stock picking on their own.

“After bowing in the U.K. and India last year, Discovery Inc. rolled out its aggregate streaming service in the U.S. on Jan. 4. Stateside, Discovery+ featuring some 55,000 episodes across its portfolio, as well as 1,000 hours of original content during its first year for $4.99 per month with light advertising, and for $6.99 sans commercials. The initial launch phase will extend to some 25 countries and include local content,” according to S&P Global. “Discovery puts the total addressable market for its aggregate service at 70 million households in the U.S. and 400 million globally, a figure that is notably higher than Disney’s 2024 projection for its streaming services. Shafer said the Discovery service has a long runway outside the U.S.”

Discovery is another SUBZ component.

As an industry, streaming is still in its formative stages, and is on the cusp of exponential growth over the next several years. SUBZ will also have credible disruptive potential.

“Subscription TV revenue of US$94.2bn in 2019 will contract at a -2.9% CAGR to US$81.4bn by 2024, due to a mature market and cord-cutting, largely resulting from wide acceptance and demand for SVOD platforms as well as competition from vMVPD offerings,” according to PwC.