You are at:Home»Active ETF Channel»Looking Back at the First Year of New SEC-Approved Structures Within the Active ETF Space 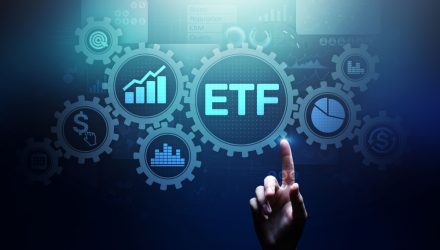 After nearly a decade of back and forth with the Securities and Exchange Commission, active exchange-traded funds arrived with the ability to shield their portfolio holdings.

The funds provide investors a chance to access these popular strategies in an ETF form to reap the benefit of ETF’s tax efficiency. One possibility that users should be aware of when using these ETFs is the chance for capital gains, but they aren’t likely to be as big as mutual funds.

Just because there are non-transparent ETFs doesn’t mean the mutual fund counterparts are going away. Not at all. There are situations when a mutual fund can be more appropriate than an ETF. For some qualified accounts, tax efficiency become irrelevant and mutual funds still hold some operational advantages. These new active ETFs simply offer investors flexibility and more options.

There are some nuances between the models. The most common model publishes daily a proxy portfolio to obscure the actual mutual fund’s holdings. It has different holdings and weightings from the mutual fund’s holdings, but they perform about the same. By being published daily, it can be used for intraday pricing.

Precidian uses an in-house model where its ActiveShares portfolio process isn’t transparent to investors, but every second publishes a verified intraday indicative value. Authorized participants share data on portfolio holdings and use secret accounts for the creation and redemption process. Some other providers use more transparent methodologies, providing some daily portfolio insight through a proxy basket that discloses a large portion of the actual holdings.

Rafael Zayas, head of portfolio management and trading at Vident, a sub-advisory that works with clients to launch ETFs, says initially there were some questions about the new structure, but that the proxy model has become popular with the few ETFs that have launched.

“It discloses a good amount about what’s in the portfolio without disclosing the actual holdings,” he says.

By masking the underlying trading, it gives active managers some comfort that they won’t be front-run as they try to buy into a position, he adds.

Bob Tull, president of Procure Holdings, says there were worries that these products would have wider bid/ask spreads because of the obscured holdings. “If you don’t know the holdings, you don’t know what’s going on,” he says.

But that hasn’t been a huge problem, says Ben Johnson, director of global exchange-traded fund research for Morningstar. Spreads are wider than mainline ETFs, but “are decent,” he says.
Part of that is because trading volume is light so far, a result of being new products, and they were launched during a very difficult market environment — the first and second quarters of 2020. The market challenges served as validation with the new active ETF spreads holding up very well.

Johnson says time will tell where spreads will go, but it’s unlikely they’ll widen out sharply.

“The teams behind these products are no dummies. They know that the second the market and investors catch a whiff of spreads widening out to points where they’re unreasonable that it risks tarnishing the reputation of the category wholesale,” Johnson says, who expects spreads to be favorable and consistent.

Wide spreads may be a moot point, says Todd Rosenbluth, director of ETF research at CFRA, since these tend to be long-term investment strategies with relatively low turnover. Since these are long-term strategies investors don’t seem to be too worried about limited visibility into holdings.

“Even though the holdings are as of September 30, or top 10 Holdings, maybe as of November (as of mid-December) that’s informative enough for some investors to understand what they’re getting, and what they’re not getting,” Rosenbluth says.

Liquidity hasn’t been an issue, Rosenbluth says, noting there’s been consistent volume and flows. It helps that these first active ETFs own highly liquid large-cap growth stocks. “I feel like investors have gotten what they’re paying for,” he says.

Tull also points out that these ETFs are cost-competitive, too, in part because they have to be. “Wire houses will not allow an ETF on their platform if the published expense ratio is more than 1%,” he says.

Compared to mutual funds, these active ETFs will be more tax efficient, Johnson says, because of the redemption mechanism to eliminate low-cost basis securities from the portfolio. Authorized participants can buy ETF shares on the stock market and deliver them to the fund. They receive the underlying securities which they can sell on the market.

Rosenbluth says the taxes tied to an ETF are mostly connected to the investors’ experience and whether they are selling versus to the assets in the overall fund. When a mutual fund incurs significant redemptions, all investors are likely to feel a tax impact because stocks need to be sold to raise cash. He adds these new active ETFs are not share classes of their namesake mutual funds, but are unique portfolios. “The tax burden is not being shared from the mutual fund shareholders to ETF shareholders,” he says.

Kristian Finfrock, president of financial advisory Retirement Income Strategies, says he likes active ETFs for their tradability and the comfort of knowing who is the manager. “We’re asking the client to trust us with all of that. So yeah, truth is, we’re not taking risk with unproven managers,” he says.

That could lead to some capital gains, which is to be expected from successful active strategies.

Some traditional actively managed equity ETFs incur capital gains because there’s potentially more trading. But having capital gains isn’t necessarily a bad thing because that means the holdings rose in value. But Rosenbluth says it’s something investors should be aware of with these ETFs.

“They might have gotten used to not knowing what’s inside the portfolio on a day-to-day basis, but they tend to choose the ETF version for the capital efficient or the tax efficiency,” he says.

Tull concurs, and adds: “The capital gains distributions from these active ETFs won’t be measured in dollars. It’ll be measured in nickels, dimes and quarters.”

Investors who like the mutual fund version of funds such as T. Rowe’s Dividend Growth or Fidelity’s Blue Chip Value now have options for these vehicles in non-qualified taxable accounts. Yet Rosenbluth and Johnson caution owners of these mutual funds not to sell out of their holdings and buy the ETFs.

“There will be tax consequences to selling mutual funds, even if what you’re buying is an ETF version of the strategy. You’re not swapping one for the other,” Rosenbluth says, noting that investors can continue to own their mutual funds, but start building positions in the ETF to reduce tax implications in taxable accounts.

Where to Still Use Mutual Funds

Rosenbluth says there are a few reasons why a mutual fund can be a better choice: unlike ETFs there are no issues with premiums or discounts, and it can keep people from trading too much. Mutual funds trade at the true NAV and usually offer a more efficient dividend reinvestment process.

Tom Myers, CEO and managing partner of Bordeaux Wealth Advisors, says mutual funds are great, practical choices for retirement accounts because investors can automatically buy fractional amounts while with ETFs you often buy full shares. “If you’re trying to invest a specific amount of money, you can do that very easily in a mutual fund,” he says.