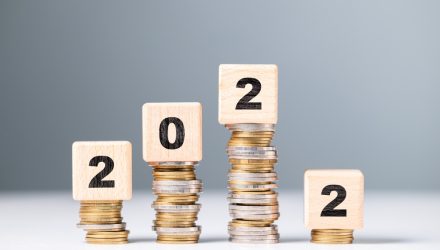 How This Recession Will Differ From Others

Recession fears are mounting as central banks continue to raise rates and issue increasingly hawkish guidance to combat surging inflation. But while many investors wonder if markets will soon see something akin to the 2001 dot-com bubble bursting or the 2008 global financial crisis, a white paper issued by T. Rowe Price argued that, should a recession occur, it will likely inflict less damage on earnings than did the previous downturns.

In the paper, authors Mike Della Vedova and Stephen Marsh, both vice presidents at T. Rowe Price, noted that one reason why a recession won’t likely be a repeat of 2001 or 2008 is because this recession will likely be inflation-driven, not credit-driven. Apart from the pandemic‑induced recession in 2020, most recent recessions have been credit‑driven. In other words, they were caused by concern over the creditworthiness of certain assets. The dot‑com bust and GFC were driven primarily by the buildup of debt‑related excesses in internet infrastructure and the U.S. housing sector, respectively.

Should the economy enter a recession, it will be primarily driven by inflation. Historically, the damage done to corporate earnings tends to be more modest during inflation‑driven recessions.

Another reason why this recession will likely be different is because corporate balance sheets have strengthened since 2020. Corporations entered 2022 in a position of strength, underpinned by robust fundamentals. Cash ratios reached post‑GFC highs a few months ago, while leverage ratios were at their lowest levels since the crisis.

The authors’ third point is that we’ve just been through a default cycle. While many businesses have defaulted on their debt because of COVID, default cycles are useful for separating stronger firms from weaker ones.

“The recent default cycle was brutal, but we believe it has left the high yield sector in a much better state of health: The current default rates in U.S. and European high yield are 0.36% and 0.01%, respectively,” the authors wrote. “These ultralow levels are not sustainable in an environment of slowing growth and high inflation, so defaults will inevitably rise. However, we believe the market valuations are being driven partly by general macroeconomic concerns and that the actual default rate is likely to come in lower than is currently implied by market valuations over the next 12 months.”

T. Rowe Price has been in the investing business for over 80 years, conducting field research firsthand with companies, utilizing risk management, and employing a team of experienced portfolio managers carrying an average of 22 years of experience.