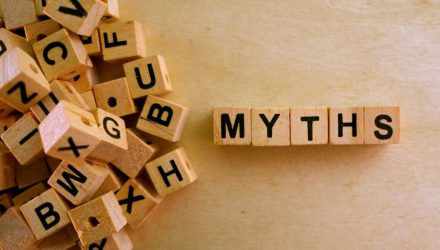 Investors are kicking the tires on active management with volatility on the horizon, which has shown resiliency in turbulent markets. Active managers have the ability to be reactive and pivot strategies when opportunities or dangers present themselves.

Despite the growing popularity of actively managed funds, there are still two pernicious myths about active management.

The origins of this myth make complete sense when you consider that most people think of themselves as above average, but by definition roughly half of all people are below average. Plug in any skill – be it cooking, driving, or managing a fund – and the Dunning-Kruger effect will rear its head.

The flip side of this is that roughly half of all people are above average. There’s plenty of data to suggest that active managers can and do frequently beat the benchmarks.

It is also worth noting that some active managers aren’t trying to beat their benchmarks from the jump. Funds like T. Rowe Price Dividend Growth ETF (TDVG)  are oriented towards long-term growth. A core component of the fund’s strategy involves scooping up high-value companies when they’ve taken a beating and are at a depressed value. Tactics that rely on long-term performance don’t immediately reflect on the quality of their performance.

Myth #2: Active Management is Too Expensive

The other big myth that gets bandied about is that active management leads to higher expense ratios. Though there are indeed plenty of passively managed funds that have minuscule overhead, passive funds aren’t without their own set of limitations. They can’t be as nimble and reactive as active funds, potentially costing investors more in the long run.

Additionally, there are active funds with modest expense ratios. TDVG’s .5% wouldn’t be unreasonable on a passively managed fund. With the specters of the delta variant and climate change looming, as well as ongoing rumblings of inflation, an active manager making the right decision at the right moment could end up saving investors well over the additional fees that may come with a fraction of a percentage point of an expense ratio.