You are at:Home»Active ETF Channel»Concentration Shift In A Large-Cap Universe 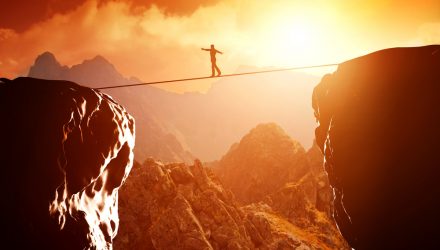 Concentration Shift In A Large-Cap Universe

With continued global uncertainty due to the pandemic, the U.S. equity market has become increasingly focused in recent times, due principally to a handful of large‑cap growth companies’ stellar growth. This has dramatically changed the investment landscape, with success now largely dependent on making the right decisions on a small group of companies that dominate the movement of many indexes.

In terms of valuations, market movements in recent months have been driven by further multiple expansions to levels appearing unsustainable in the longer term. Looking at a recent report from T. Rowe Price, “Finding Alpha in an Increasingly Concentrated U.S. Market,” by portfolio manager Taymour Tamaddon, there are ways in seeing how the rules of investing in large-cap growth have changed. This comes from several avenues, such as understanding risks by isolating sources of growth.

The question of “How much of the rise in index concentration is due to the natural topline growth of companies versus that which is due to companies being reweighted higher in the index?” means understanding how certain companies have been significantly reweighted higher in recent years by virtue of their higher stock price on some key indexes. As far as what’s driving the possible over-concentration, to begin with, there’s an issue stemming from a small number of companies increasing the weight based on expansion rather than improvement.

For T. Rowe Price, as active managers, their goal remains focused on pursuing alpha for their clients versus the index, ideally with a lower level of volatility. As a result, for the next few years, it is more than necessary to make the right big decisions in regards to the FAAMGs (Facebook, Amazon, Apple, Microsoft, Google/Alphabet), where much of the rise in concentration can be attributed.

Getting back to sustainable valuations, it is important to consider the various factors driving market multiples. Interest rates are key. The Fed’s policy of low rates has placed higher pressure on market multiples, which has been felt by higher-growth companies. One can also look at volatility and cyclicality of earning as other factors.

As stated in Tamaddon’s report, “Looking at the current level of U.S. equity market multiples as recently as a couple of quarters ago, these seemed generally reasonable. However, more recent market movements have been driven by further multiple expansion to levels that now look more concerning.”

Despite the lack of a reversion in multiples happening anytime soon, there is the belief that current levels are unsustainable over the long term.

Concentration risk has ultimately become more critical in today’s equity market, based on several large-cap growth companies’ stellar performance largely in tech-based industries. That success is being driven by forces reshaping the economy, and it’s happening at a rapid pace, with valuation and concentration considerations being placed in a whole new context.

With that in mind, recent months have shown growth in valuation multiples is increasing to levels that may not be sustainable in the long term. Still, there are currently good growth opportunities to be found. Success will depend on a blend of identifying new opportunities and making the right decisions for the stocks currently acting as index heavyweights.