You are at:Home»Active ETF Channel»Big Moves in the Streaming Space Shining the Spotlight on ‘SUBZ’ 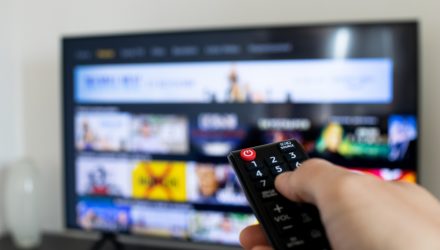 Big Moves in the Streaming Space Shining the Spotlight on ‘SUBZ’

Streaming entertainment is has been around for a while, but it’s still rapidly growing. Consolidation is rampant, with big moves this week putting the Roundhill Streaming Services & Technology ETF (NYSE ARCA: SUBZ) in focus.

The actively managed SUBZ debuted in February and is the first exchange traded fund dedicated to streaming equities. When it comes to streaming names, Netflix (NASDAQ: NFLX) and Walt Disney (NYSE: DIS) may come to mind. That pair combines for almost 10% of the fund’s weight.

However, there’s more to the streaming space.

Discovery, which commands a weight of 2.68% in SUBZ, has its own streaming platform – Discovery+ – and is known for its lineup of culinary and real estate reality shows, as well as hits such as “Animal Planet” and “90-Day Fiance.”

Discovery’s “transnational appeal provides the company with the ability to repurpose the content across multiple platforms and international borders,” notes Morningstar analyst Neil Macker. “Discovery recently entered the streaming landscape with its Discovery+ service. We expect that the service will help offset the cord-cutting challenges to distribution and ad revenue growth in U.S. as well as spark additional growth internationally.”

For SUBZ, there could be more on the consolidation. Amazon (NASDAQ: AMZN), which accounts for 1.23% of the fund, is rumored to be in advanced talks to acquire MGM Studios for $9 billion.

That would be Amazon’s biggest entertainment acquisition to date. Content is king in the streaming space and many smaller companies are looking to spend to compete with the likes of Disney and Netflix.

In fact, it is content that makes Disney one of investors’ favored streaming plays.

The California-based company’s “direct-to-consumer efforts, Disney+, Hotstar, Hulu, and ESPN+ are taking over as the drivers of long-term growth as the firm transitions to a streaming future. The streaming service will benefit from the new content being created at Disney and Fox television and film studios as well as the deep libraries at the studios,” adds Morningstar’s Macker.