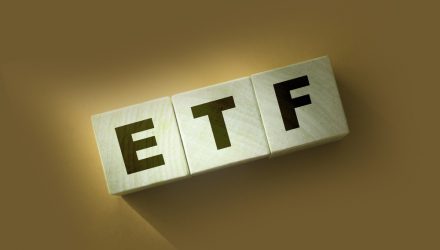 Active ETF Launches Are Ramping Up

The pace of exchange traded fund launches has doubled over the past two years, as mutual fund players become the latest wave of converts to tap into the rapidly-growing ETF market.

Exactly 200 ETFs have listed on U.S. markets over the first half of 2021, as compared to 131 for the same period last year and 100 between the first six months of 2019, the Financial Times reports.

The recent launches included traditional active managers like Guinness Atkinson and Dimensional Fund Advisors, which have converted their offerings into the more convenient ETF structure.

The new ETF entrants and expanding line of strategies have come out to meet the increasing demand for ETFs among investors.

“Even with $6.5tn in US-listed ETF assets, we also expect more innovative and low-cost products to come to market in the second half of 2021 and new investors and advisers to discuss the benefits ETFs offer,” Todd Rosenbluth, director of ETF research at CFRA, said in a note.

In previous years, established big-name ETF providers have been at the forefront of new product launches. However, in recent years, larger mutual fund managers are also shifting into the ETF space.

For example, new ETF entrants include Putnam, Alger, and Gabelli Funds, which each made their initial ETF debuts through the non-transparent or active non-transparent ETF methodologies. These structures do not disclose the ETF’s portfolio to the wider market, allowing active fund managers to maintain their “secret sauce.”

Putnam came out with four strategies using Fidelity’s portfolio-shielding methodology in May while Alger and Gabelli launched ETFs through the Precidian Investments ActiveShares system. Dimensional debuted its ETFs in November 2020 after converting four of its mutual funds to ETFs in June. Additionally, American Century launched six active ETFs this year, including one active non-transparent fund and five that disclose holdings daily.