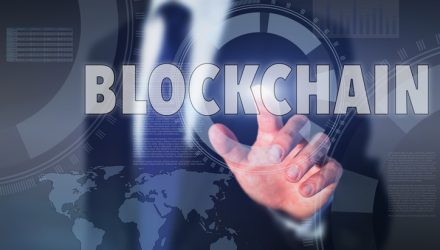 A Bitcoin Boost for ARK ETF

Regulators still have not approved a bitcoin exchange traded product in the U.S., but there are ways for investors to access the high-flying cryptocurrency via ETFs.

The Bitcoin Investment Trust is currently ARKW’s second-largest holding at a weight of 5.4%. ARKW is an actively managed ETF that focuses on disruptive companies that help transform the market and was the first ETF to invest in bitcoins after the portfolio manager acquired publicly traded shares of GBTC. Amazon.com Inc. (NASDAQ: AMZN) is ARKW’s largest holding at just over 6%.

“Trading volume has absolutely exploded in ARKW this year, with monthly totals of fewer than 200,000 shares during the first quarter of 2017 giving way to totals in excess of 1 million during each of June, August, and September. And remarkably, per etf.com, the fund has not experienced a single day of outflows on its way to garnering net inflows of $65.14 million in 2017,” according to Schaeffer’s Investment Research.

Helped in part by its bitcoin exposure, ARKW is up 66% year-to-date, making it one of 2017’s best-performing non-leveraged ETFs.