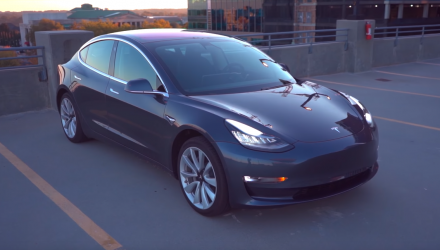 In four weeks, Tesla has a $920 million payment in bonds to make as pressures mount for CEO Elon Musk amid a 7 percent reduction in the electric carmaker’s workforce.

In its 15-year history, Tesla has only been profitable for three quarters. In Q3 2018, Tesla made a profit of $312 million (about 4%), but capital expenditures were near the $2 billion level.

The bond payment also comes amidst Musk’s plans to create a $35,000 Model 3 vehicle. With about $2 billion in cash according to a September 30 government filing, the company also holds about $9.8 billion in total liabilities and assets of $7.9 billion.

“The need for a lower priced variants of Model 3 becomes even greater on July 1, when the U.S. tax credit again drops in half, making our car $1,875 more expensive, and again at the end of the year when it goes away entirely,” Musk said in the memo.

It puts the electric carmaker in a tenuous position as it delves deeper into 2019.