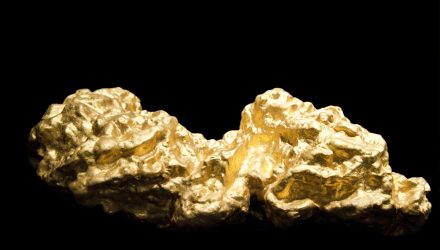 Gold miner ETFs are a timely equity strategy that could help financial advisors capture the ongoing strength in the hard asset.

On the recent webcast (available On Demand for CE Credit), 7 Fundamentals of Gold, Frank Holmes, CEO and Chief Investment Officer at U.S. Global Investors, helped explain why gold continues to capture investors’ attention, pointing to the fear trade and the love trade.

Specifically, the fear trade may include factors like uncertainty surrounding the Federal Reserve’s monetary policy outlook and the government’s fiscal policy changes. The love trade may reflect demand associated with cultural celebrations like Ramadan, the Indian wedding season, Diwali, Christmas and the Chinese New Year.

Beyond short-term swings and despite the recent weakness, gold has also exhibited long-term staying power as the precious metal has outperformed the broader equities market two to one since the turn of this century.

Given the recent weakness, Holmes argued that gold bullion is a bargain compared to the S&P 500 stocks, with the gold to S&P 500 ratio now trading near its median of 0.53 since the start of 2000. Additionally, Holmes pointed to gold mining as a particular bargain play compared to large-cap equities, with Philadelphia gold and silver index to S&P 500 index trading below its long-term trend. 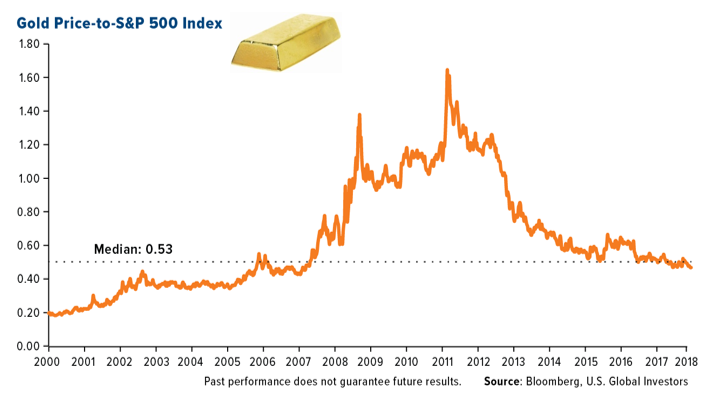 Looking ahead, Holmes contended that there are seven major trends that could continue to support gold and gold miners ahead. For starters, household and government debt are at all time highs. Gold prices have traditionally tracked outstanding U.S. debt trends, so the recent slip in bullion prices may soon pick up its pace again. Meanwhile, many developed economies, notably those in Europe and Japan, continue to float around negative yielding debt, which makes hard assets like gold much more attractive to these overseas investors.

As the U.S. implements protectionist policies, Holmes believed that inflation could push higher and prompt greater demand for gold to hedge a deteriorating purchasing power – gold has traditionally advanced in periods of rising inflation. The annual consumer price recently advanced the most in six years. 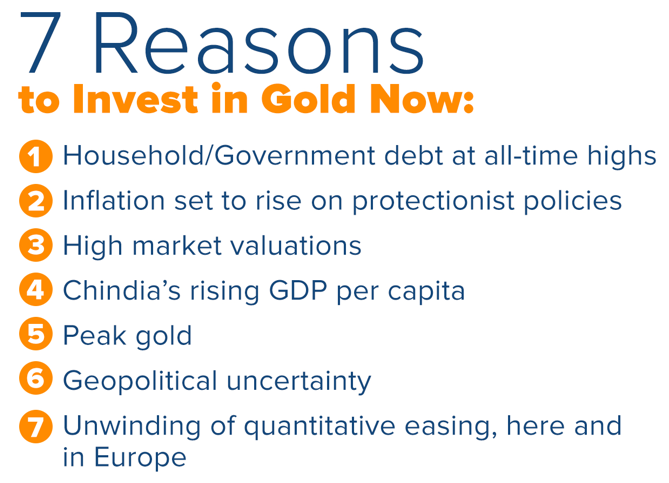 An aging bull market is also at more risk of a sudden turnaround. Following the most recent market crash, gold surged in the subsequent few years.