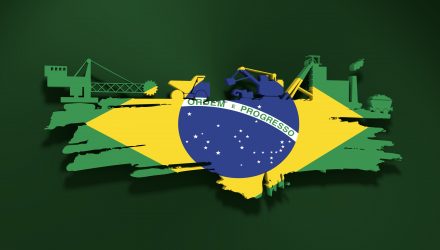 The election of the polarizing Jair Bolsonaro was the message Brazilian voters communicated to the world that anti-establishment was in and traditional politics was out. However, now the real work begins and investors of Brazil-focused exchange-traded funds (ETFs) will be keeping a watchful eye on the early months of Bolsonaro’s presidency.

Brazilian voters went to the polls last Sunday and the far-right candidate Bolsonaro emerged as the victor, racking up 55% of the votes to win the presidency of the largest country in Latin America after beating out leftist Fernando Haddad. Bolsonaro’s runoff-election victory came after the first round saw him take the early lead with a better-than-expected 46.7% of the votes, while Fernando Haddad came in second with 28.5%.

“Bolsonaro’s win heralds big changes for Brazil, whose economy remains in a fragile state despite recovering from a 2015-2016 recession,” said Isabelle Mateos y Lago, Chief Multi-Asset Strategist at BlackRock, in a recent blog post. “Brazilian risk assets had rallied since Bolsonaro’s polling prospects started improving ahead of the first round of the election. Yet we see the decisive victory by Bolsonaro–widely perceived as more market friendly than his left-wing opponent Fernando Haddad–as largely priced in by financial markets.”