You are at:Home»Equity ETFs»5 Brazil ETFs to Take Advantage of Upside Potential 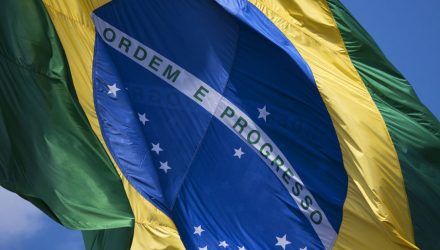 Brazilian stocks and the related exchange traded funds have faced their share of politically-related challenges, but the iShares MSCI Brazil Capped ETF (NYSEArca: EWZ) is on a torrid pace of late as highlighted by a one-month gain of 8.4%. That brings the year-to-date gain for the largest Brazil ETF to almost 21%.

“The Bovespa would bounce off of those May 18 lows temporarily, before re-testing them in mid-June. Over the past 2 months, the index has been on a steady ride higher. And, in fact, over the past few days, the Bovespa has eclipsed its previous peaks just south of 69,000 set in February and just prior to the May crash,” reports ETF Daily News.

“So what does this mean for the Bovespa? First off, the breach of the previous peaks opens immediate upside in the index to its all-time highs above 73,000 set back in 2008 and 2010. Beyond that, we may be witnessing the start of a new longer-term up-leg that will take the Bovespa well beyond its former highs,” according to ETF Daily News.