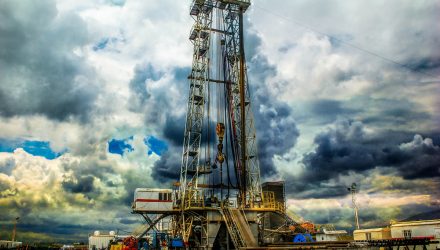 “Money managers boosted optimistic wagers on West Texas Intermediate crude to the highest since October in the week ended April 16, according to government data released Friday,” reports Bloomberg. “Total long and short positions swelled to the most in six months, a sign the rally is luring back investors after 2018’s late-year crash. The U.S. benchmark has jumped about 40 percent this year.”

This is a list of all Long Crude Oil ETFs traded in the USA, as of April 24, 2019, which are currently tagged by ETF Database. * Assets in thousands of U.S. Dollars.

“The net-long WTI position — the difference between bets on higher prices and wagers on a decline — rose 10 percent to 303,366 futures and options contracts, the U.S. Commodity Futures Trading Commission said. Long positions climbed 8.4 percent, while shorts declined 6.5 percent,” according to Bloomberg.

“The net-long position on Brent, the international benchmark, rose 6.1 percent to 379,865 contracts, also the highest since October, according to London-based ICE Futures Europe exchange,” according to Bloomberg.