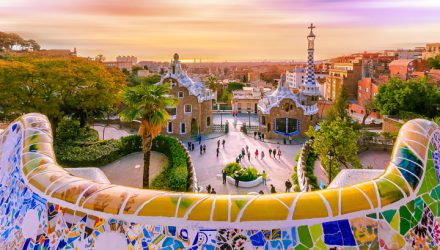 4 Simple Charts on Why You Should Consider International Exposure

Today, our world shares a global economy. While the United States still has the largest economy with an $18 trillion Gross Domestic Product1 (GDP), many are surprised to learn that we are now less than one quarter of the world’s economy (versus 40% of the world’s GDP in 19602). When investing, does it make sense to ignore 75% of the world’s GDP? 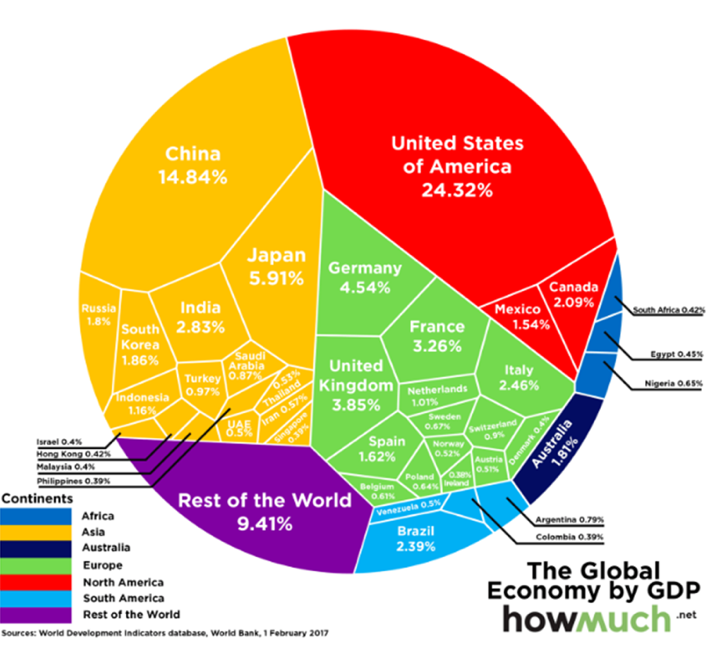 Another thought is that multinational companies blur the lines between a domestic versus a global economy.  Dr. James Glatfelter at the New Scientist pointed out in a 10/22/11 Forbes article that 737 companies control about 80% of the global economy.  In a 9/17/16 Economist article, The McKinsey Global Institute confirmed that only 10% of the world’s public companies generate 80% of all profits. While this may be an alarming statistic, the point is that national borders are now a poor delineator of employee location, sales and corporate profit.

In addition to the size of the rest of the world’s economy, many countries’ GDP growth rates are higher than in the U.S. These higher growth rates, especially in emerging markets, have provided great opportunities in the past and should continue to do so over time.  When investing, does it make sense to ignore GDP growth rates that are 2-3 times higher than here in the U.S.? 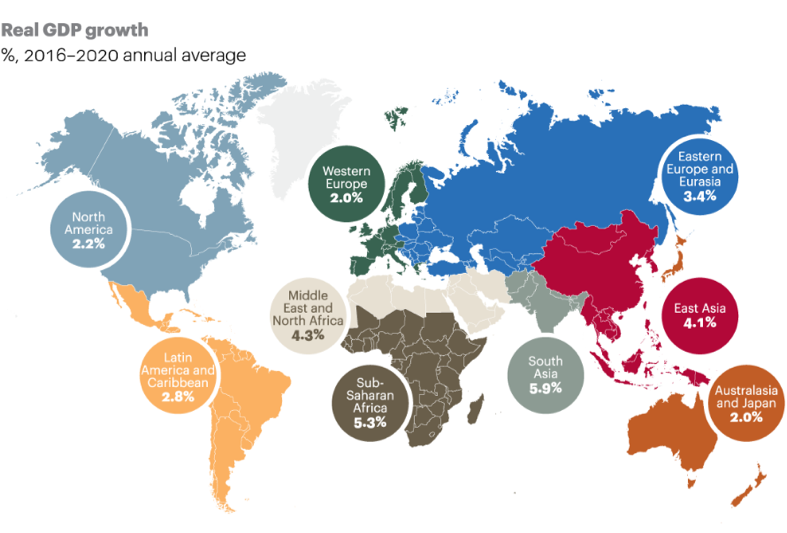 The periodic table below shows some interesting patterns (please see red boxes).  While we do not espouse market timing, taking advantage of trends can make sense.

To further this thought, it is important to recognize that stock leadership is cyclical. During the 2009-2016 bull market, U.S. equities enjoyed one of the longest periods of outperformance (versus their international counterparts) since World War II.  However, half way through 2017, this trend has reversed and both developed and emerging markets have outperformed their U.S. counterparts. This often leads to sustained periods of outperformance and it appears to be international’s turn.  When building a portfolio, does it make sense to ignore long term trends and opportunities? 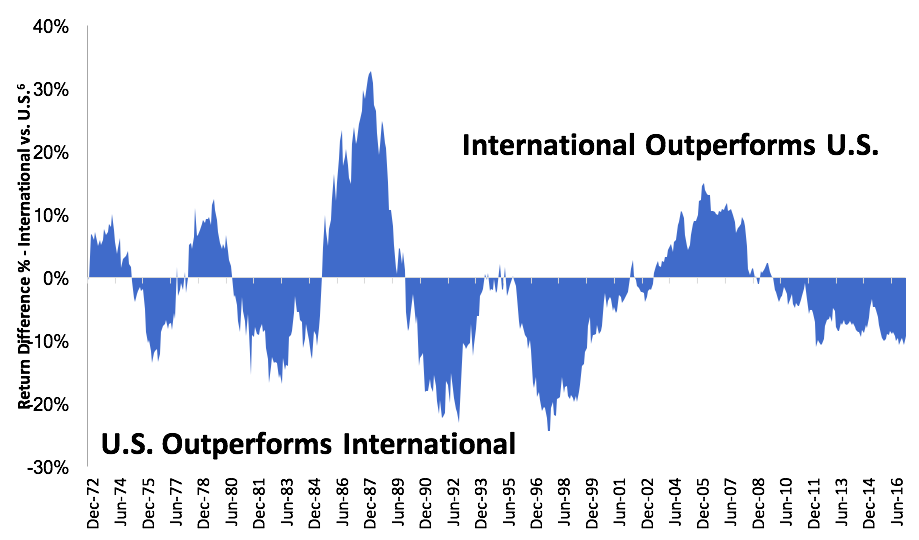 International and global investments can take advantage of opportunities present in other parts of the world, often in areas with higher GDP growth rates. In addition to these growth prospects, the cyclical nature of the markets can provide even more opportunity.  Simply embracing the global economy and investing accordingly can provide real value over time.

David Haviland is a Managing Partner and Portfolio Manager at Beaumont Capital Management, a participant in the ETF Strategist Channel.