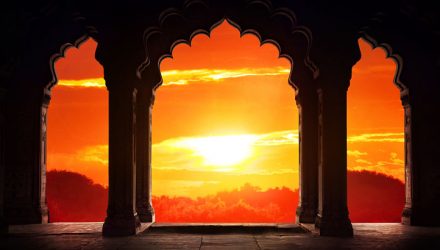 In a year of strength for emerging markets stocks and exchange traded funds, India is proving to be one of the big drivers of the developing markets resurgence. For example, the WisdomTree India Earnings ETF (NYSE:EPI) and the iShares India 50 ETF (NASDAQ:INDY) are up an average of 23% year-to-date.

In addition to the encouraging fundamentals, the technical outlooks for EPI and INDY are appealing as well.

EPI “is forming a new base and is near a potential buy point at 25.57. It is a new pattern in a gentle advance that the ETF has mounted since hitting a low in February 2016. Meanwhile, iShares India 50 (INDY) is finding support in a pullback to the 50-day moving average. It’s the first time the ETF has touched the key 50-day line since a breakout in February,” reports Investor’s Business Daily.

Moreover, the Indian economy is set to implement other structural reforms, including a proposed Goods and Service Tax that could bolster growth by another 10%.