You are at:Home»Investing»Equal Pay: 3 Steps to Close the Gap in Finance 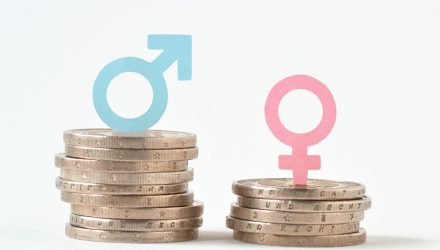 Equal Pay: 3 Steps to Close the Gap in Finance

Equal Pay Day calls attention to the reality that there is not equal pay for men and women. Unfortunately, the financial industry is one of the biggest offenders with the widest gap existing between female financial advisors and their male counterparts.

Here are 3 steps to take to close the gender gap.

Equal Pay: 3 Steps to Close the Gap in Finance

Let’s face it: women are paid less than men for the same work or else this holiday wouldn’t exist.

After all, the reason Equal Pay Day takes place on a Tuesday in April is because that’s how far into the following year a woman has to work to make what her male colleague did the previous year.

Female financial advisors earn 59 cents for every dollar their male peers earned last year, according to the U.S. Beaurau of Labor Statistics. This statistic only includes full-time advisors who work 35 hours a week or more, so it’s not distorted by part time work. The pay measure also includes salaries and commissions, but not one-time payments.

According to Financial Planning, “The 59-cent gap for advisors is the widest of all occupations the Department of Labor tracks on that statistic — a distinction that has been true for two years in a row.”

This is compared to a national average in which women earn 82 cents for every dollar males earn.

It doesn’t sound like a big difference. (What’s a few cents after all?) However, it adds up to thousands and thousands of dollars in a year and massive profit loss over a life time.

According to Huffington Post, “At Goldman Sachs in the U.K., women earn 55.5 percent less than men, according to data the company submitted.  Women at Barclays make 48 percent less on average than men.

At HSBC, the gap is 59 percent. JPMorgan reported paying women 36 percent less on average. At Goldman, 83 percent of the top-paying jobs are held by men, the company’s data showed. At Barclays, men represent 81 percent of the bank’s top earners.

This reflects a challenge for Wall Street as a whole.​

2. Change the Way We Think About Equal Pay

In order to change the gender gap, we need to change how we think and be aware of the gender biases that creep in unknowingly.

A new method, dubbed the “small wins model,” created by Shelley Correll, director of the Clayman Institute for Gender Research at Stanford University shows promise in reducing biases. Because of her research, many companies in recent years have invested resources that reduce the kinds of bias that lead to gender imbalance.

According to the World Economic Forum, “The two most common approaches have been unconscious bias training and formalizing of methods for hiring and evaluating employees so that they are based on achievement-related criteria.”