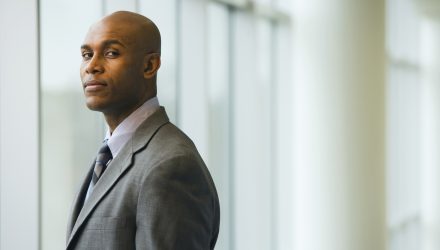 The Financial Select Sector SPDR (NYSEArca: XLF), the largest  financial services ETF, is lower by 3% over the past month, but some market observers believe the sector warrants renewed attention in the current interest rate climate.

“Banks get squeezed as a yield curve flattens, since they typically take on short-term debt to fund longer-term loans, and profit from the gap between the two rates. Conversely, a steeper yield curve would boost the margin,” reports Evie Liu for Barron’s.

Fundamental factors, including the aforementioned rising interest rates, have been supportive of bank stocks and ETFs this year. Additionally, the financial services sector, the second-largest sector weight in the S&P 500, has had the regulatory wind at its back this year as the Trump Administration has sought to roll back parts of the Dodd-Frank legislation. Still, the sector is disappointing investors.