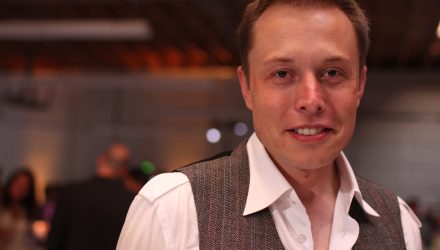 Despite a number of challenges for Tesla, investor George Soros’ confidence stands strongly behind Elon Musk and it matters more than ever.

According to Fox Business, “Soros Management Fund, founded by George Soros, bought $35 million worth of Tesla convertible bonds in the first quarter of 2018, according to 13F documents the firm filed with the Securities and Exchange Commission. Convertible bonds are a type of debt security that can be exchanged for a predetermined amount of company shares. They are usually issued by companies seen as high risk, high reward.”

Soro’s confidence  means more when so many others are starting to doubt Musk, especially after the attitude he got on his conference call with investors. The electric carmaker continues to target a weekly production rate of 5,000 Model 3 sedans by the end of the second quarter, despite starting the quarter at just 2,000 vehicles. When investors questioned him, he copped an ego and left a lot of people mad!

Tesla has also lost a number of high ranking executives recently which has affected the business tremendously including two in its energy unit alone. Josh Ensign, the vice president of manufacturing at Tesla, has already left with no replacement and Greg Reichow, Tesla’s vice president of production, plans to leave as well.

According to Forutne, “The exodus comes at a particularly sensitive time for Tesla, which is trying to increase production of the Model X crossover SUV, introduce a new version of the Model S sedan, and develop its mass-market car, the Model 3. Tesla has recently grappled with car recalls, production delays, as well as huge demand for the Model 3, a car that won’t even be available for nearly two years.”

At Tesla’s Fremont, California, plant, Tesla is being probed by the state’s Occupational Safety and Health Administration (OSHA), following reports that it failed to disclose serious injuries at the job site.

Tesla has denied any wrongdoing.

A Tesla spokesman said Cal-OSHA is required to investigate any claims, whether they have merit or are baseless. “We have never in the entire history of our company received a violation for inaccurate or incomplete injury record-keeping,” he said in an emailed statement.

Investor Confidence in Tesla Matters More than Ever

In the midst of such a mess, it’s clear that Musk needs some supporters. It’s easy to root for your favorite team when their winning, but standing on the sideline when their losing- now that’s hard. Can Musk change the Tesla game and come back on top? Soros thinks so. Do you?