You are at:Home»Dividend Channel»Tap Into TOLZ for Income, Future Play on Energy 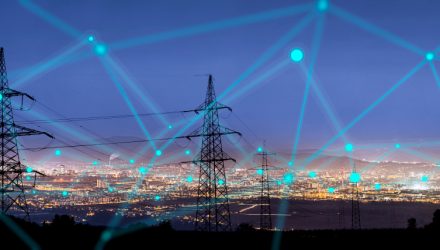 Tap Into TOLZ for Income, Future Play on Energy

There’s a tug-of-war happening in the energy patch today. Traditional fossil fuels producers are viewed as climate offenders, while purveyors of solar, wind, and smart grid technologies, among others, are seen as positive disruptive forces.

Caught in the middle are midstream energy companies and pipeline operators. While midstream energy companies typically count oil and gas producers as their primary clients, many are pivoting toward increased renewable energy exposure, and that brings opportunities for investors considering exchange traded funds such as the ProShares DJ Brookfield Global Infrastructure ETF (NYSEArca: TOLZ).

TOLZ tracks the Dow Jones Brookfield Global Infrastructure Composite Index and, as is the case with other midstream assets, is a tempting income idea with a dividend yield of 3.48%. It’s possible that TOLZ is at the center of some seismic shifts in the energy industry.

“The recent focus on infrastructure and cleaner energy has ignited questions about the future role of the world’s current energy infrastructure system,” says Kieran Kirwan, ProShares director of investment strategy. “After all, our current network of pipelines stores and transports mostly energy created from carbon-based sources like oil and natural gas, and much of our electricity is still generated from carbon-based sources.”

TOLZ is a diverse infrastructure fund, providing exposure to an assortment of assets, including airports, toll roads, ports, communications, electricity distribution, oil and gas storage, transport, and water. While it’s not a dedicated midstream energy fund, its exposure to that group is more than adequate, giving it leverage with changes in the energy distribution and generation landscapes.

TOLZ’s energy infrastructure exposure is relevant because it positions the fund’s long-term success as more governments target net zero emissions and carbon neutral agendas. It also positions the fund to remain sturdy as the transition to renewables unfolds because fossil fuels can’t be abandoned overnight.

“In the meantime, low-emission, carbon-based fuels like natural gas will play a significant role in the global energy mix for decades to come,” says Kirwan. “Natural gas, including liquefied natural gas (LNG), is a key enabler of a lower carbon future and will gradually replace much dirtier sources, like coal, as a reliable and cost-effective energy source. Natural gas enables economic growth without sacrificing environmental objectives.”

It’s also worth noting that many pipeline operators will transport the fuels of the future.

“Many of today’s leading pipeline operators—like Williams and Kinder Morgan—are already pursuing and investing in cleaner alternative fuels of the future. Low-emission fuel sources like hydrogen, and renewable fuels like biodiesel and renewable natural gas, can be transported, stored, and used in the same pipelines as natural gas with little to no modification,” adds Kirwan.

Kinder Morgan (NYSE:KMI) and Williams (NYSE:WMB) combine for 4.34% of the TOLZ roster.